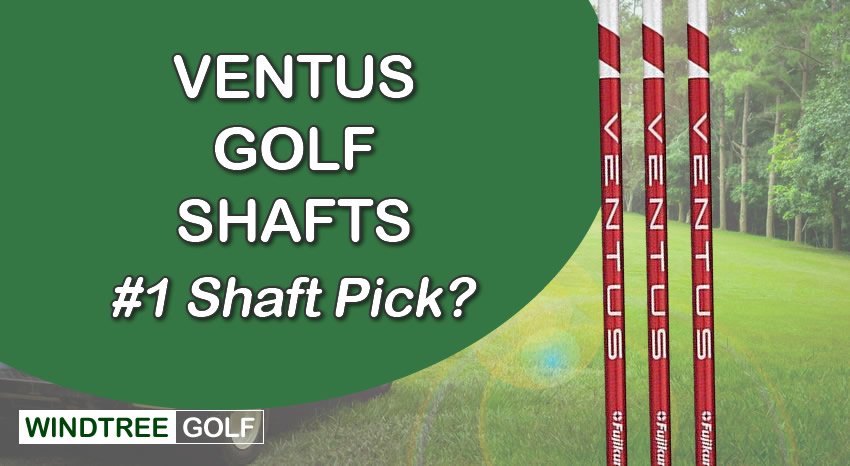 Every component of your golf clubs is important, but recreational players often don’t pay a great deal of attention to the shafts that are a key feature of their clubs. But those who do will know that Ventus shafts have received a lot of hype recently.

But what is it about Ventus shafts that make them so expensive? Are they worth the price? And which Tour players use Ventus shafts on their long clubs?

To help you decide if Ventus shafts are the right choice for your golf clubs this season, we explain everything you need to know about what makes them unique. We also introduce you to the specs and key design features of the shafts to help you make your decision.

What are Ventus Golf Shafts?

Ventus is one of the most trusted shafts for golf woods from Fujikura Golf. The Ventus shaft is powered by VeloCore technology, which provides an ultra-stiff tip profile for maximum energy transfer. 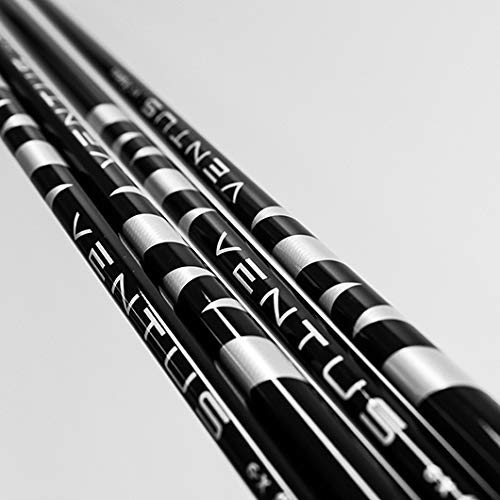 This inclusion boosts club head speed and general performance and is a big reason why the Ventus shafts are so popular with pro and recreational golfers alike. What’s more, all Ventus shafts are made from ultra-high modulus carbon fiber, further contributing to club performance.

Fujikura, more broadly, is one of Japan’s leading manufacturers of shafts and other golf club components and is a brand widely trusted by PGA Tour professionals.

Ultimately, if you’re looking for the best shafts for your woods, read on to find out everything you need to know about the popular and high-performance Ventus shafts from Fujikura Golf.

How Good are Ventus Shafts?

Ventus shafts from Fujikura are among the best in the business. Made with high modulus carbon fiber and with VeloCore technology, they facilitate ultimate energy transfer between club and ball, guaranteeing excellent performance. 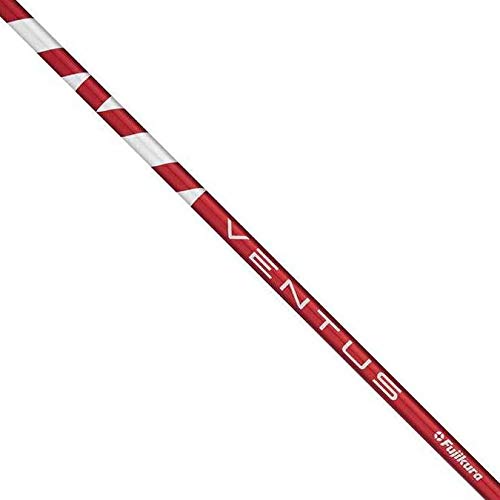 VeloCore is a multi-material bias core that maximizes clubhead MOI and is undoubtedly the signature feature of the Ventus range. It provides golfers with that little bit extra that they need to enhance their long game, both off the tee and fairway.
Golfers may also like:  KBS Golf Shafts Explained: Should I Fit Them?

You can choose from various Ventus shafts, depending on the level of performance and control that you’re looking for, and they’re perfect for golfers of all abilities.

Ultimately, Fujikura’s Ventus shafts have gained an excellent reputation in the game, and they’re among the best wood shafts that money can buy. Let’s take a closer look at their price point and what you can expect.

How Much are Ventus Shafts?

Fujikura’s Ventus shaft currently retails at $350, which is a lot of money for the average golfer! You can buy used shafts for less on sites like eBay, but you need to be careful about the store that you buy them from to avoid fakes.

Presently, players on the PGA Tour, in particular, are investing in Ventus shafts, as they provide the ultimate in clubhead speed. In fact, Ventus has been popular on Tour since 2019, as we explain a little later in this article.

At $350 per shaft, many recreational golfers will overlook Ventus, particularly those just starting out in the game. But if you’re a single-digit handicapper looking for ultimate performance, it could be worth the investment.

If you opt to buy Ventus shafts that are used or from a site like eBay, make extra sure that you’re buying legitimate Fujikura products.

What are Ventus Shafts Made of?

The key component of a Ventus shaft is high modulus carbon fiber, which is responsible for the ultra-lightweight feel and exceptional performance. Carbon fiber is the material of choice for most shaft manufacturers, and for a good reason.

Another standout feature of the Ventus shaft is the multi-material bias core that provides outstanding stability, transition, and impact; this is what is responsible for the increased velocity and smash factor that Ventus shafts are renowned for

The carbon fiber that is used in Ventus shafts is 150% stronger than standard shaft materials, which is how Ventus shafts are able to deliver such exceptional results.

Each of the shafts within the Ventus range is conveniently categorized into different models, which makes it super easy for you to decide which is the ideal shaft for your game. We take a closer look at the shaft specs in the following section.

Golfers may also like:  Hzrdus Smoke Shafts Explained: What You Must Know!

To give you an idea of the specs of some of the Ventus shafts available, we’ve brought together some key information about specific models in the table below:

Bear in mind that the specs in the above table are just a representation of the entire Ventus range and there are multiple other models available for you to choose from, depending on what you’re looking for from your shafts.

Helpfully, Fujikura provides a detailed breakdown of each of the shafts within the Ventus range here, so you can discover the exact specs of every shaft that you can choose from.

As alluded to in the table above, you can choose between three core Ventus models: blue, red or black. But how do you know which is best for your game? Well, the table below will help you based on what you’re looking for in a shaft:

Essentially, if you’re looking for an ultra-stiff shaft, Ventus Black is the model that is best suited to your game. While every golfer is different, ultra-stiff shafts are typically designed with big hitters in mind.

Frankly, it’s fair to say that the entire Ventus range is dedicated to helping golfers increase their distance off the tee, as the shafts have been specifically designed to improve the MOI and maximize the energy transfer between club and ball.

So, if you’re a single-digit player and you’re hoping to gain more yards off the tee, the above table will help you decide which of the Ventus shafts is best suited to your setup.

Do All Fujikura Ventus Shafts Have Velo Core?

Yes, all of the Fujikura Ventus shafts come with VeloCore technology. As explained, this is the standout feature of the Ventus range and is the reason that Tour pros are so interested in adding Ventus to their woods.

Golfers may also like:  How to Clean Golf Club Shafts (Bonus Tips!)

The muti-material bias core is the result of years of R&D by Fujikura and is their signature offer, promising extra distance and clubhead speed as a result. As you will know, this is big for Tour players who are looking for any opportunity to gain yards off the tee.

Put simply, the VeloCore technology allows players to swing the club much harder and faster without compromising on ball striking accuracy. As a result, you can see why such an offer is so appealing to big hitters.

One final point – the fact that VeloCore is at the center of all Ventus shafts is reflected in the price and is the reason that they are currently retailing at $350 per shaft.

What Pros Use Ventus Shafts?

Thanks to the incredible performance of Ventus shafts, a number of PGA Tour and LIV Tour pros have made the switch. For instance, South African Branden Grace has played Ventus since 2019 and recently won the LIV Golf event in Portland.

Other professional players that play Ventus include Ben Crane, John Huh, Sung-Hoon Kang, Nate Lashley, and Austin Cook. Ventus shafts are also understandably popular on the Asian Tour, as is the case with many Japanese products.

As you might expect, professional golfers look for every advantage out on the golf course, and a shaft that delivers such exceptional ball speed and MOI is an immediate winner in the eyes of many.

As Ventus shafts continue to grow in popularity, don’t be surprised to see other leading golfers make the switch to Fujikura in an attempt to maximize their distance off the tee.

There’s no getting away from it; $350 for a shaft is expensive! But for big hitters who are keen to get the absolute best out of their clubhead speed, it represents a savvy investment and can result in much longer drives.

So, if you want to buy a shaft for your driver or other woods that are trusted by professionals to deliver the ultimate in long game performance, Fujikura’s Ventus shafts are the obvious choice.