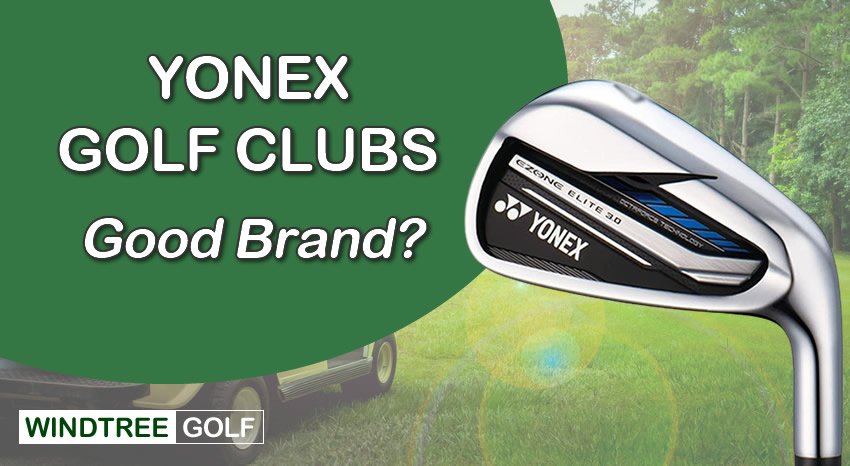 Anyone who has ever played or watched tennis or badminton will be familiar with the Japanese brand, Yonex.

Arguably the global leader in both sports, Yonex has been a leading sports equipment manufacturer since the end of the Second World War.

Since the late eighties, Yonex has also produced a range of golf clubs, including drivers, fairway woods, hybrids, irons, wedges, and putters.

Below, we answer seven important questions relating to Yonex golf clubs, so you have all the information you need to decide if they’re a good fit for your golf game.

Yes, Yonex makes golf clubs for both men and women. Although not one of the most widely played brands, Yonex is known for manufacturing high-quality equipment that is used in a range of sports, and golf is no exception.

Yonex manufactures drivers, fairway woods, hybrids, irons, wedges, and putters, and their signature range is their EZONE forged irons, popular with recreational golfers in different parts of the world. 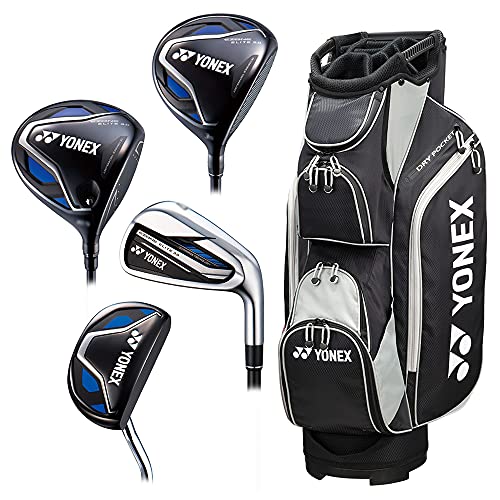 Although Yonex golf clubs are more popular in Japan and other Asian countries, they’re still a great option for American golfers, and you can find them for sale on various online retailers, including Amazon.

So, if you’re looking for high-performing golf clubs from a trusted manufacturer and retailer of sports equipment, Yonex is definitely a brand worth considering. Below, we take you through everything you need to know about Yonex golf clubs to help you decide if they’re a good fit for your game.

Are Yonex Golf Clubs any Good?

Yonex golf clubs are built to high specifications and are a great option for recreational players. For instance, Yonex EZONE GT irons utilize G-BRID technology to produce a super soft feel that aids with ball flight and trajectory.

The irons are made with forged steel and a graphite plate, and the graphite shaft strikes a perfect balance between control and flexibility.

Set for release later in 2022, the EZONE GT range is the latest in Yonex’s EZONE collection, which has long been a stand-out performer in the Asian golf market. 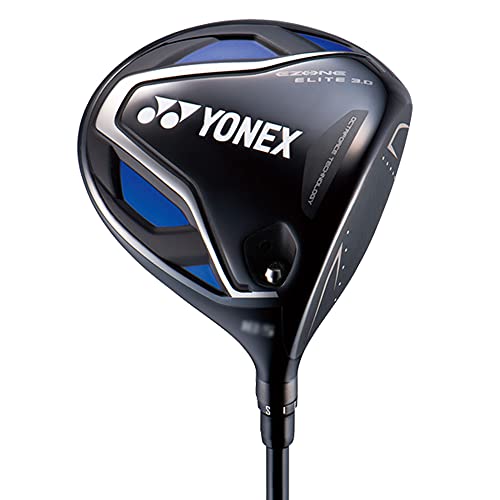 In addition to Yonex irons, their drivers, woods, hybrids, wedges, and putters are all built to the same exacting standards and are an excellent option for recreational golfers to consider.
Golfers may also like:  2023: TaylorMade RBZ Black Rescue Review

We also love the sleek design and monochrome color scheme of Yonex clubs, ensuring they look as good as they feel when you add them to your bag.

So, while Yonex might not be the most recognizable name in golf, they have long been one of the most trusted brands in several sports, including badminton and tennis.

As such, you can buy from Yonex with confidence and be assured of golf clubs that will help you improve your game.

What About Yonex Drivers in Particular?

Yonex manufactures a range of impressive drivers, but the best for recreational players is undoubtedly the EZONE Elite 3.0 driver, as it’s easy to align and is particularly forgiving.

It also hits the mark as far as distance is concerned, making it a perfect addition to the bag for any mid-high handicapper looking to improve their accuracy and consistency off the tee.

The EZONE Elite driver has been put together with the optimal shaft weight and kick point to ensure that you can achieve maximum distance and forgiveness. The driver utilizes In-Core Groove Technology, designed to enhance the flex of the face and the sole of the club. 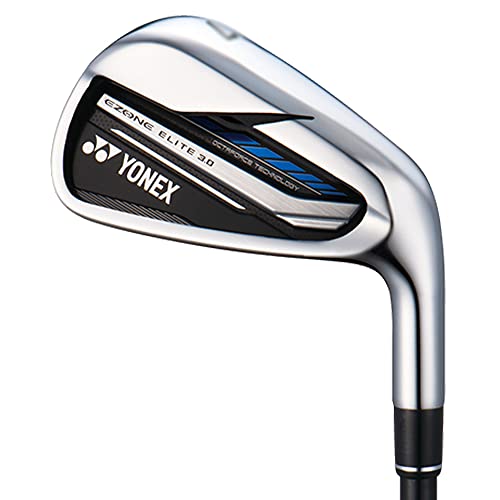 This is what enables you to achieve faster ball speeds and lower spin rates, which ultimately delivers longer distances. Yonex has also used Octaforce technology in the crown and upper face of the driver to lower the center of gravity.

This enables a much more forgiving launch which is ideal for beginners and mid-high handicappers.

While the blue color of the driver won’t appeal to everyone, there’s no doubt that the Yonex EZONE Elite 3.0 is an excellent club for recreational players who are looking for a high-spec and forgiving driver.

Another thing worth noting is that Yonex retails golf cart bags for men and women, with blue and pink designs to choose from. For golfers who like all of their equipment to be coordinated, it’s good to know that you can buy a complete set and matching bag from Yonex directly. 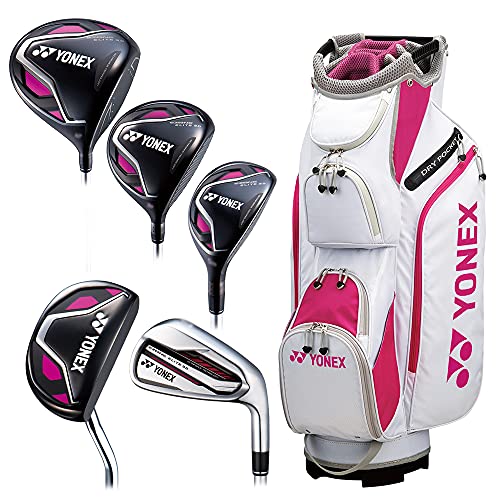 As far as women’s clubs go, Yonex is one of the best brands out there. Their clubs are used on professional ladies’ tours in different parts of the world, highlighting their appeal to those at the pinnacle of the sport.
Golfers may also like:  Warrior Golf Clubs Review - What Happened?

However, Yonex ladies clubs are just as appealing to recreational golfers, thanks to their forgiving nature and the fact that they’re available for a reasonable price.

Overall, no matter your handicap and the level of golf you currently play, Yonex’s ladies clubs are a great option for you.

What Pro Golfers Use Yonex?

The biggest name to play Yonex in the past is Phil Mickelson, who was a Yonex player in the late nineties before switching to Titleist. Former European Ryder Cup captain Colin Montgomerie also played Yonex for large parts of his career.

Yonex currently has two professional women’s golfers on its books. The first is Hyo-Joo Kim, who is one of Korea’s rising golf stars.

She won on the JLPGA Tour when she was just sixteen years old, becoming the youngest champion in history. Her biggest win on tour with Yonex came in 2014 when she won the 2014 Evian Championship.

Also representing Yonex is Japanese golfer Suzuka Yamaguchi, who became the youngest ever player to join the US Women’s Open in 2015 when she was just fourteen years old.

She has competed on the LPGA Tour since 2018 and began mixing it with the best golfers in the world when she was just eighteen years old.

So, while Yonex doesn’t currently have many high-profile tour endorsements, the fact that their clubs are played by two of the most exciting young Asian players highlights the quality of the brand.

Whether Yonex receives future brand endorsements at the top level of golf remains to be seen. But given that their clubs are suitable for players at all levels of the sport, you can buy Yonex in the confidence that they will help you improve your game.

Golfers may also like:  Honma Golf Clubs: (Most Expensive in the World?!)

Are Yonex Golf Clubs Made in Japan?

Yonex golf clubs are made in Niigata, Japan. The company has a long manufacturing history, starting its journey in the immediate aftermath of the Second World War in 1946. The company began as the Yoneyama Company Ltd. and initially focused on manufacturing motors and fishing equipment.

By the 1980s, Yonex had become a world-class supplier of sporting goods, with international recognition in sports including badminton, tennis, and other racket-based sports. 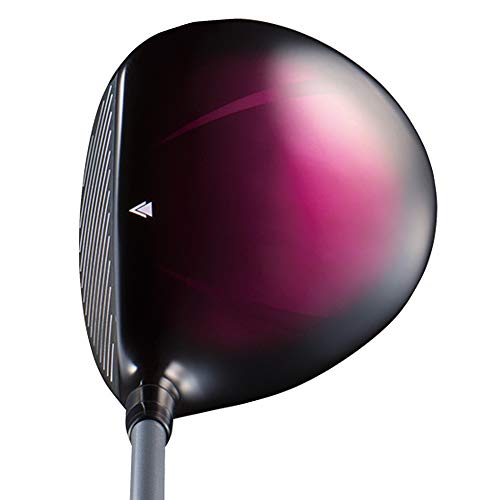 The first Yonex golf clubs were launched in 1989, and the company became the first Japanese organization to make a mark on the PGA Tour.

The nineties saw Yonex become one of the leading brands in the world of sport, and it was publicly traded on the Tokyo Stock Exchange in 1994.

While Yonex has continued manufacturing golf clubs since the late eighties, the company is best known for its high-performing graphite shafts that many golfers utilize on their clubs.

Yonex was founded by Minoru Yoneyama in 1946. In 1983, the Yonex Corporation was established in the United States, and by 1994, the company was publicly listed on the Tokyo Stock Exchange.

In 2001, founder Minoru Yoneyama was decorated by the Japanese government for his contribution to sport and in recognition of the fact that Yonex had become a truly global brand.

Today, the company is run from its headquarters in Tokyo, Japan, with subsidiaries in the United States, the United Kingdom, Germany, Canada, Taiwan, and China. In other words, it’s a truly global company with representation all around the world.

Although Yonex isn’t one of the most notable brands in golf, it is one of the biggest sporting brands in the world.

Yonex has been making golf equipment since 1989, and their current range of EZONE drivers and irons is ideal for players at different levels of the game.

Ultimately, if you’re looking for golf clubs that will improve your game without breaking the bank, then Yonex is a brand that you need to think seriously about.

With a range of high-profile endorsements in the past, you can buy from Yonex in the confidence that your clubs have been made to high specifications.