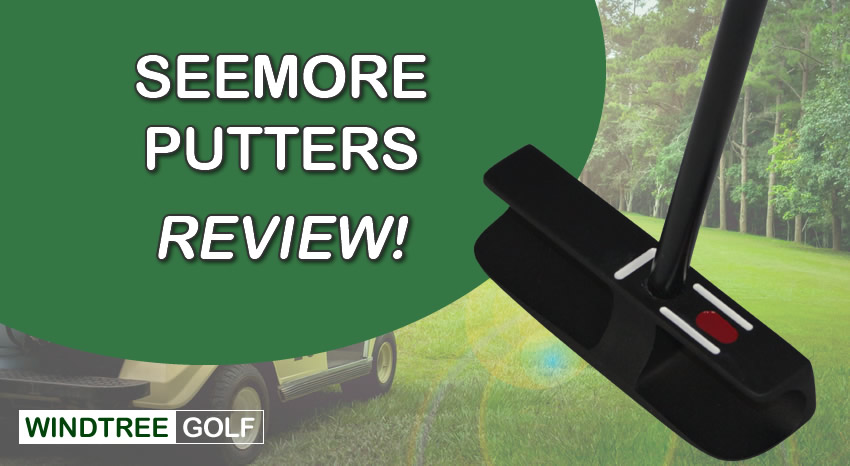 The putter is arguably the most important club in your golf bag. Buying a putter that you feel comfortable and confident with is so important, as it can make or break your round.

One brand that often flies under the radar where putters are concerned is SeeMore, in spite of the exceptional build quality and the fact that the brand has been endorsed by various Major winners in the past.

But what’s the deal with SeeMore putters? Are they worth the money? And can they help you improve your game?

We explain everything we know about SeeMore putters below, so you can decide for yourself if you should treat yourself to a new putter.

SeeMore putters are manufactured to Tour standard and will help you improve your line out on the green. Central to SeeMore’s design is that they have been created with RifleScope technology, which is now known as one of the best alignment systems in the game of golf.

The scope enables golfers to perfectly set the putter up to the intended target line, which is accomplished thanks to parallel lines and a red dot that are a feature of the putter heads. 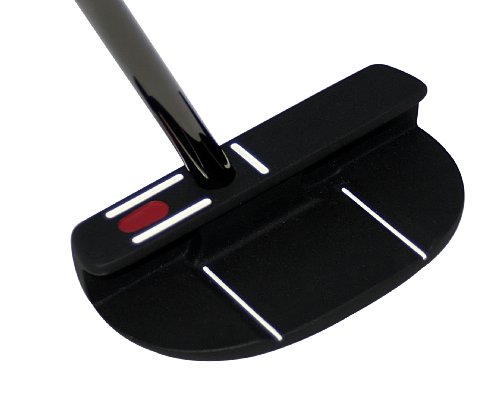 While SeeMore might not enjoy the same level of hype as the likes of PING Anser, Oddysey Two-Ball, and Titleist Scotty Cameron putters, you might want to consider the brand for your next short stick, as we explain below.

What is the Current SeeMore Putter Range?

SeeMore manufactures a broad range of putters that are ideally suited to different putting styles. Among SeeMore’s most popular putters include 6 modern putters that incorporate cutting-edge technology and are built to Tour standards.

A SeeMore Putter costs between $200 and $450 and has been designed and manufactured with golfers of all abilities in mind.

Golfers may also like:  Best Putters for Alignment - 5 Accurate Clubs for 2023!

With an impressive range of hosel, milled, heel shaft, and offset putters, you will definitely find what you’re looking for in the SeeMore range and be able to add a putter to your bag that will improve your accuracy on the green. 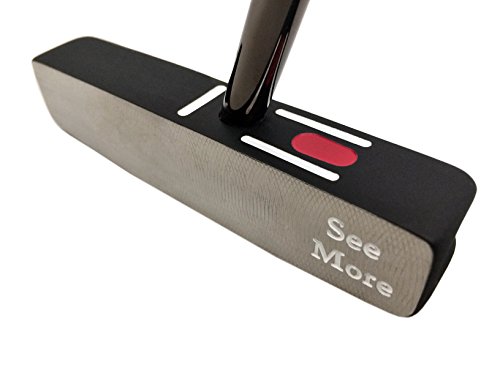 How Does a SeeMore Putter Work?

While SeeMore putters work similarly to all other putters, the edge is achieved through the company’s patented RifleScope Technology. On the top of the putter head is a red dot fenced by two white lines, which enables players to line their putts much more accurately than conventional putters.

Each of the putters in the SeeMore range should be lined up using the black bottom portion of the shaft (between two white lines) and the red dot on the heel of the top line.

SeeMore compares the process to locking a rifle onto a distant target, which is what is so special about this range of putters.

SeeMore has produced a range of instructional videos about how to use its putters, which will help you understand precisely how the patented technology works out on the course.

How to Use a SeeMore Putter?

There isn’t a great deal of difference between using a SeeMore putter and using a putter from a different brand. After all, the objective is for the putter to help you roll the ball into the hole in as few shots as possible!

But as mentioned, the advantage of using a SeeMore putter is that you can benefit from the RifleScope Technology that makes it so much easier to line up your putts time and time again. 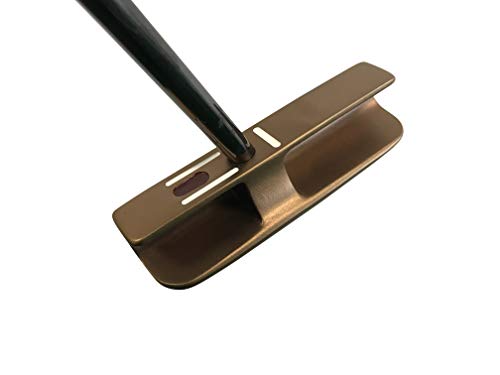 When you think about your experiences out on the green each weekend, one of the biggest challenges is getting the right line.

How many putts have you watched roll slightly past the cup after you were convinced it would be dead-center?

What Tour Pros Use the SeeMore Putter?

The SeeMore putter has been used by many pro golfers over the years, most notably by Zach Johnson when he won the Masters at Augusta National in 2007. His putting that year was exceptional, and after two rounds, he had putted just 53 times, which was the lowest in the field.

Golfers may also like:  Ray Cook Putter Reviews: is the Hype Justified?

Another high-profile golfer to have used the SeeMore putter to great effect on Tour is Payne Stewart. He famously won the 1999 US Open at Pinehurst using a SeeMore, which was undoubtedly the highlight of his career.

Who can forget that 25-feet putt he rolled in on the sixteenth to draw level with Mickelson? Majestic! Other golfers to have played SeeMore on Tour include D.A. Points, Michele Redman, and Russel Knox.

Just like many other brands in the world of gold, SeeMore holds its own at the very top of the game and is up there with the likes of PING and Scotty Cameron for build quality.

Where are SeeMore Putters Made?

SeeMore putters are 100% made and milled in the United States. The company’s manufacturing hub is at its headquarters in Franklin, Tennessee. That puts SeeMore on a level playing field with PING, who famously manufacture their Anser putters in Phoenix, Arizona.

Given that many popular golf brands in the United States have outsourced their manufacturing processes to cheaper markets, it’s certainly good to know that SeeMore is still an all-American company.

Although there’s certainly nothing wrong with goods manufactured in Asia, knowing that you can rely on an American brand to improve your accuracy out on the green is something that appeals to a lot of golfers!

SeeMore’s American heritage is another reason why the company is able to control the exceptional quality of their products, and their putters are consistently ranked among the very best equipment in the game of golf.

In 2006, SeeMore putters were purchased by golf executives Jim Grundberg and Jason Pouliot. The executives made a name for themselves in the sport by growing Odyssey putters from the ground up before selling the brand to Callaway in 1999.

The SeeMore putter was initially launched in 1998 by a collective of golf professionals who wanted to create a putter that could be used by recreational players and Tour pros alike.

They developed the unique design of the SeeMore putters and incorporated the line and red dot design that the brand is known for today after mimicking the way that hunters hone in on their targets using a rifle.

Golfers may also like:  Bettinardi Putters Review: The Best You Can Get?

Based in Franklin, Tennessee – not far from Nashville – SeeMore is thriving, and its putters are much loved by golfers at all levels of the game. As an American company, we’d definitely recommend giving a SeeMore putter a try!

Can You Buy Used See More Putters (and Where)?

Yes, you can buy used SeeMore putters from various online sites, including eBay, Craigslist, and Second Swing golf. As most SeeMore putters retail at between $200 and $450 new, being a used putter is a great way to save yourself some money while still being able to benefit from the SeeMore technology.

Whether you’re hoping to buy a SeeMore to replace your current putter or want to add one to your locker so you can mix things up once in a while, picking up a used model is a smart move if you don’t want to fork out for a brand new putter.

If you’re buying a used putter, it’s always a good idea to check the quality of the shaft and the clubhead, as they aren’t easily replaced. A worn grip isn’t so much of an issue as it can be replaced easily and cheaply.

Following your research, if you find a used SeeMore putter available for a great price online, there’s no reason not to add one to your bag!

One of Golf’s Best Hidden Secrets!

While the SeeMore brand isn’t one of the more recognizable names in the world of golf, it’s certainly a worthwhile brand for you to consider and our Seemore putters reviews guide gives you all the facts you need to know about the brand.

When compared to the likes of Odyssey and PING, SeeMore putters perform exceptionally well, and their unique design and patented technology provide golfers with a much easier way to line up the ball as you read the line of the putt in front of you.

If you have been struggling out on the green in recent times, switching to a SeeMore putter is an excellent way of sharpening your eye and could help you lower your handicap as a result.