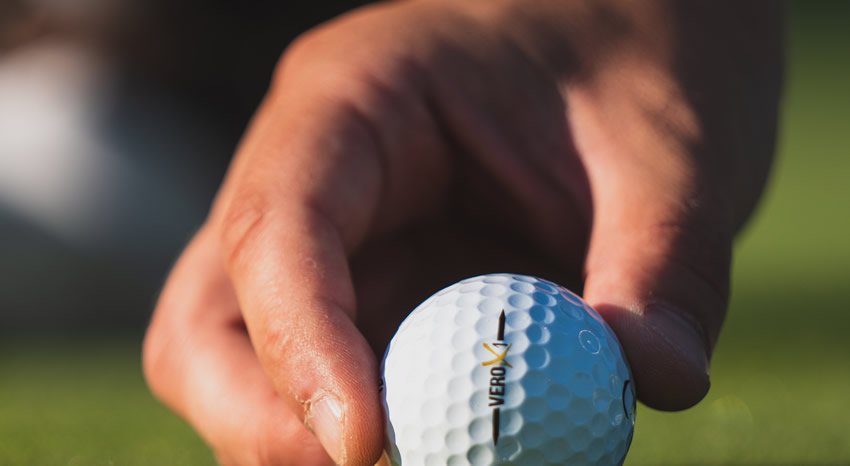 Pro golfers use ball markers whenever they have to lift the ball from the putting green. They do this to mark the position of the golf ball—or to replace it. But what do pro golfers use for ball markers? It can be a coin, tee, plastic circle, metal disc or even a poker chip!

Before pro golfers lift the golf ball, the marker is positioned behind it. The golfer will not incur a penalty if he accidentally moves the ball marker when lifting the golf ball or marking it. However, if the ball moves when he drops the marker, he gets a one-stroke penalty.

Fun Fact: What Does Tiger Woods Use as a Ball Marker?

It is said that Tiger uses a vintage quarter that is exactly made in the year of 1 shot off his best round. So for example, if Tiger’s best round is a 59, he will use 1958 quarter to remind him that that is the score to beat!

Pro golfers follow the “Rules of Golf” of the U.S. Golf Association (USGA). Rule 20-1 does not state a specific golf ball marker size but highlights “small coin or other similar objects”. Therefore, it can be the size of a dime or a quarter.

Decision 20-1/16 indicated that if you use an object that is not the same as the size of a ball marker or a small coin, you will have no penalty. However, the note in the “Rules of Golf” is very particular in saying that “it is a recommendation of best practice”.

If what you used affected the performance of the next golfer, that’s a different story. You may receive a penalty for not complying with Rule 20-1. Because finding a coin is not a difficult task to do, things will be easier if you just follow this practice.

What are Golf Ball Markers Made of?

A number of golfers even used a small button found on their glove.

We found this ‘Fun Fact’ on the Internet written by PGA/LPGA professional Kim Kleinle.

It says that golfers can also use a divot tool, tee, stone or even a leaf to mark the position of the golf ball.

Looking into the said “Rules of Golf”, it does not seem to follow the “small coin or another similar object” clause.

But Frank Guastella, a PGA Master Professional, answered this with “No.” He explained that “Rule 20-1” is a recommendation for best practices. Therefore, if you “fail to act” in accordance with this rule, you will not be penalized.

Why Do Golfers Put a Coin Down then?

Some golfers put a coin down to mark their golf balls on the putting green. They do this for different reasons. One is to get the ball out of the way of another player.

This is to make sure that the next golfer will not be distracted by it. Another reason is to clean it or to readjust its graphics/logo so it points to the hole.

By cleaning, it means removing dirt, soil or greens from the golf ball so you can clearly spot it. Cleaning does not refer to checking out the ball if it is damaged.

Your next question can be why golfers use quarters as ball markers. Here’s a trivia: Often, they have change in their pockets.

At a time when companies have not yet thought about marketing ball markers, it is but natural for some golfers to get what’s inside their pockets. Thus, they use quarters as ball markers.

Quarters are small enough so they are allowed. Even if they are hit by another golf ball, they will not interfere with the play.

On the other hand, they are also visible enough to be seen by other golfers. No one will make the mistake of stepping on it.

Can You Mark Someone Else’s Ball in Golf?

You can mark it if you need to lift or clean the golf ball. However, you may not do this when another ball is in motion. Obviously, this will influence the result of that stroke.

But what if the player did not mark his ball but you need him to do so because you believe that it will interfere with your shot? Carr McCalla, Louisiana Golf Association Executive Director and known to be a rules expert, offers an explanation.

He said that it’s the player’s right to ask another player to use a ball marker if the golf ball can affect his stroke.

But what if the second golfer did this on his own without making a request to the first golfer? Martin Vette of Yuba City, California experienced this.

His opponent marked his ball, did his shot then return his ball right where it is originally positioned then continued.

He might have intended to “keep things moving” but Rules Guy said that this is “potentially troublesome”. Under Rule 9.5, the player will eventually receive a one-stroke penalty if it’s a match play.

He should have followed the Rule 15.3b, which is to request the player to mark it for him.

Pro golfers follow “Rules of Golf” set by the USGA and one of them is the use of ball markers.

But what do pro golfers use for ball markers? It can be a coin, quarter, dime, tee, divot tool, and even poker chip. As long as it’s the same size as the coin, any similar object will do.

Can you be penalized for using other objects not mentioned above? No.

Coins, quarters and others are highly recommended. But if you use other objects like pebbles as ball markers, it’s clearly not a violation of the rules.