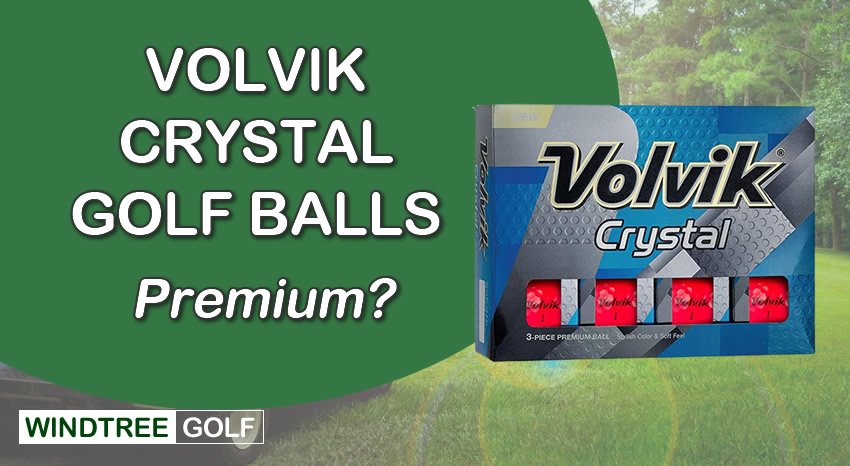 One of the biggest challenges facing any golfer is which golf ball to play. After all, there are so many options, and it can be difficult to know where to spend your money.

Even if you’ve never played it before, you will almost certainly recognize Volvik’s brightly colored Crystal golf ball, which is one of the most popular choices among recreational players.

In this article, we run through everything you need to know about these golf balls to help you decide if this unique and vibrantly colored golf ball is a good option for you this season.

What Type of Golf Ball is the Volvik Crystal?

Volvik’s Crystal golf ball is one of the most recognizable balls in golf and is super popular with recreational players. It comes in multiple glossy colors and features a semi-transparent cover, which is one of the main features of Volvik’s unique design. 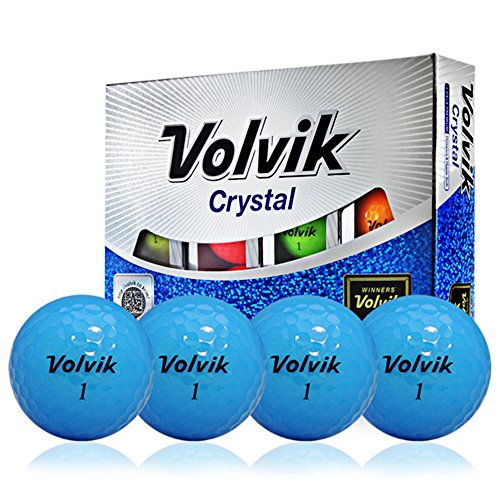 You can choose from the likes of yellow, pink, and green, enabling you to play a golf ball that you will struggle to lose, even in the rough. This ball is suitable for players with slow-moderate swing speeds between 70-90 mph.*

As such, recreational players with game improvement clubs are likely to get the most out of Volvik Crystal golf balls, as they offer maximum distance for players who aren’t capable of the fastest clubhead speeds.

So, read on to find out everything you need to know about these balls to learn if this popular and easily recognizable golf ball is a decent option for you.

Weighing 2lbs, Volvik Crystal golf balls are a great option for recreational players. Their unique design and instantly recognizable semi-transparent cover attract many players to the Volvik range, and they’re perhaps the most impressive features of the golf ball. 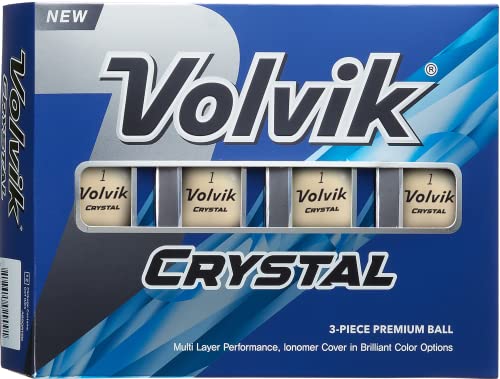 Aside from design, Volvik Crystal balls feature a three-layer build, comprising a softer inner layer and a firmer outer core, which gives recreational players the best of both worlds as far as distance and ball control are concerned.
Golfers may also like:  Logo Overrun Golf Balls (What are They?) - Explained!

They also feature low compression and benefit from a reasonably soft feel, which is perhaps a little surprising for a ball at this price point. Given the specs of the ball, we think that they’re a good option for occasional and beginner golfers, primarily due to their design.

Now that we’ve run through the main features of these popular balls let’s take a closer look at some of the pros and cons of playing golf with this type of golf ball.

There are worthwhile of advantages to Volvik Crystal balls, and they’re popular with lots of beginner golfers as a result. Some of the benefits of playing Volvik’s Crystal include:

Given these advantages, we think that this ball is a great option for players with relatively slow swing speeds, as well as those just getting into golf for the first time.

While this ball certainly isn’t perfect, we believe that it performs admirably as a recreational golf ball and is a great option for beginner golfers.

Golfers may also like:  Reload Used Golf Balls Review: Are These Any Good?

With all things considered, the Volvik Crystal is a good golf ball and has stood up well to tests by independent reviewers. ** We love the fact that the Crystal is fun and vibrant, providing players with a funky option to play with, rather than the standard white balls that are most commonly seen on the golf course. 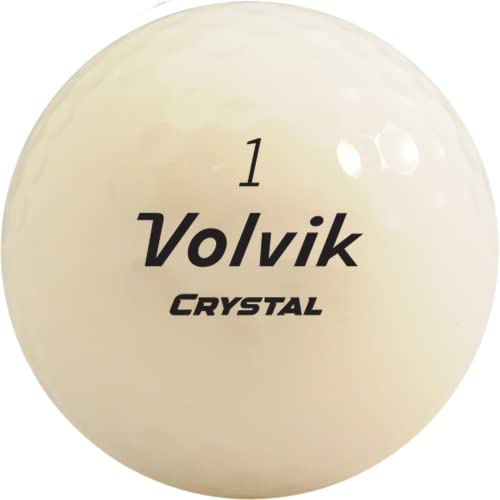 When you’re just getting started with golf, enjoyment is one of the most important things, as is keeping the ball in play wherever possible. Given that the ball delivers in both these aspects, it’s an excellent choice for beginner players.

Also, it performs really well from tee to green and helps slower swingers get the ball down there in all conditions. The fact that it’s so bright makes the Crystal much more difficult to lose, too, even when you find yourself in the thick rough.

So, while it’s not perfect by any means, we’re impressed by this golf ball and would certainly recommend it to beginners and recreational players alike.

Due to their relatively low compression, Volvik golf balls are decent for distance, particularly for players with slower swing speeds. However, we found that they come up a little short as far as distance is concerned, meaning that the compression isn’t likely as low as described.

Still, given their hard exterior, you can certainly get the Crystal down there, and they don’t catch as much as other balls in the long grass. Conversely, this means you can’t exert a great deal of control as far as spin and greenside control are concerned.

As a beginner golfer, one of your main objectives is to keep the ball in play and maximize your potential distance. Thankfully, the Volvik Crystal helps with both of these aspects, making it a great selection for players who are still learning the ropes.

But if you’ve been playing golf for a while now and boast a faster swing speed, it makes sense to look for a ball with slightly higher compression, so you can hit the ball even further off the tee.

There are lots of similarities between the Volvik Crystal and Volvik Vivid golf balls, but there are also some differences that you need to be aware of. Primarily, both balls offer low spin, high launch, and more distance, thanks to the high-energy core.

Golfers may also like:  Strata Boom Golf Balls Review - Are They Any Good?

Another similarity between the two is the design, with both the Crystal and Volvik featuring super bright colors that are appealing to recreational players looking for something a little more vibrant to carry in the bag.

One of the key differences between the two balls is that the Crystal is much harder than the Vivid, and it is designed primarily with distance in mind.*** As such, you can engineer more control over the Vivid, making it a better option for more accomplished players.

Ultimately, both the Vivid and the Crystal are super popular options with recreational players and provide you with a colorful golf ball that is capable of achieving decent distances out on the golf course.

If you’re attracted to Volvik’s balls due to their alluring and colorful designs, then they’re among the best in the business. However, Wilson’s Chaos golf balls are a good alternative, and they also come in multiple colors, offering decent power and distance off the tee.

For the price, the Volvik Crystal represents a decent option for beginner players, but they’re certainly not the cheapest. Brands like Top Flite and Pinnacle offer similar balls to the Crystal at a cheaper price point.

But something that we love about this golf ball is that it’s unapologetically brazen, offering you the chance to smash your ball way down there to really capture the attention of your playing partners!

For this reason alone, it’s worth adding a sleeve of these golf balls to your bag this season.

Recreational golfers have so many choices when it comes to affordable golf balls, and Volvik’s Crystal ball is one such option. It’s colorful and fun while achieving maximum distance for people with slower swing speeds.

Therefore, the Volvik Crystal is a good option for beginners and mid-high handicappers, so go ahead and grab a sleeve today to enjoy the multiple benefits of this ever-popular golf ball.