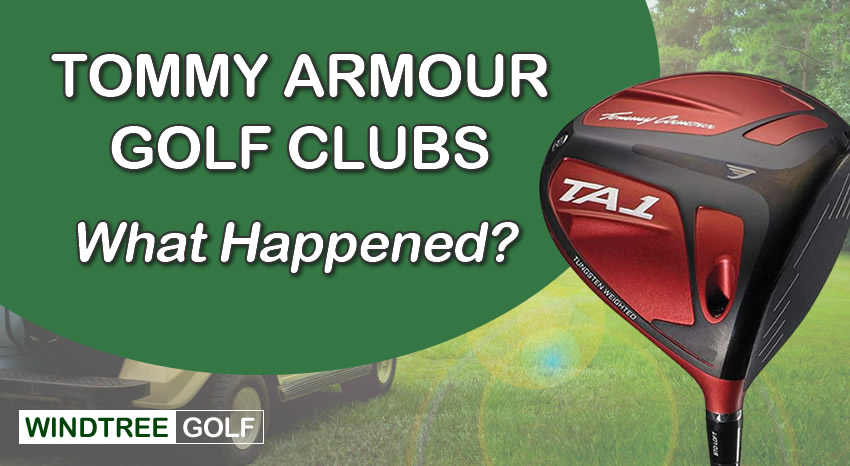 When you’re faced with the task of buying new golf equipment, there are so many brands you need to consider. One brand that has been around for decades is Tommy Armour, but it certainly isn’t as popular as some of the other manufacturers we know and love.

Therefore, we’ve put together this article to help you decide if Tommy Armour golf clubs are good and suited to your game. We look at where they’re made, who makes them, and what you need to know about the current range.

At the end of this post, you will have all the information you need to make a decision about whether or not Tommy Armour golf clubs are a good fit for your game.

Tommy Armour golf clubs are built to high specifications and have been popular since the 1970s, making them a good choice for anyone looking for budget-friendly irons, drivers, hybrids, or fairway woods.

While Tommy Armour doesn’t enjoy the same levels of popularity as other brands in golf, their clubs are perfectly suited to beginners and mid-high handicappers. Their TA1 and 845 irons perform well and are well worth the investment if you’re looking to improve your game.

We take a look at everything you need to know about Tommy Armour golf clubs below.

Yes, Tommy Armour golf clubs are still manufactured today and are available at stores such as Golf Galaxy and Dick’s Sporting Goods. Although the brand has changed hands multiple times over the years, Tommy Armour clubs are currently made by Designworks.

There’s no doubt that Tommy Armour clubs have diminished in popularity over the years, which is what leads some people to think that they’re no longer around.

When they first arrived in the seventies and eighties, they were extremely popular with recreational golfers, selling more than 600,000 iron sets in the eighties.

But as other manufacturers like TaylorMade and Callaway emerged and dominated the market, smaller golf brands like Tommy Armour were shifted to the sidelines!

Still, while you won’t see Tommy Armour golf clubs stocked by every retailer, it’s worth sniffing them out if you’re keen on a brand that delivers quality and consistency without a huge price tag.

Golfers may also like:  How Many Clubs in a Golf Bag? - The Rules!

Tommy Armour golf clubs are currently made by Designworks, a subsidiary of BMW, and are currently owned by Dick’s Sporting Goods. But the history of the brand is chequered, as Tommy Armour has been passed from pillar to post over the years, adding to the confusion of who actually owns the brand.

For instance, in the past, Tommy Armour clubs have been made by Crystal Capital, Hilco Consumer Capital, Huffy Corporation, and TearDrop Golf! Quite the list.

This is fairly commonplace for budget brands, as they often get caught up in mergers and large purchase agreements that mean they are transferred to new companies and subsidiaries.

In 2010, Sport Authority became the sole vendor of Tommy Armour clubs, but by 2016, the company went bankrupt. Again, this meant that the Tommy Armour brand was up for grabs, leading Dick’s Sporting Goods to take control.

Due to the tumultuous nature of the brand’s history, Tommy Armour has fallen in and out of favor over the past few decades and hasn’t been able to assert itself as a true American favorite.

Today, you can buy new Tommy Armour clubs from Dick’s or Galaxy Golf, but you won’t find them on the shelves of many other retailers.

What Happened to Tommy Armour Golf?

The main reason that Tommy Armour golf has fallen by the wayside over the years is because of various acquisitions. While it’s common for golf brands to change hands once in a while, Tommy Armour has struggled to cement its place among the most prominent brands in the industry.

That being said, you can still buy Tommy Armour clubs today, and they’re an excellent option for beginner golfers and mid-high handicappers.

Most Tommy Armour clubs can be bracketed as ‘game improvement clubs,’ meaning they’re designed in such a way to help improve your ball striking consistency.

The fact that Tommy Armour doesn’t have Tour quality irons means that the brand doesn’t have any top-level endorsements.

In the present day, endorsements from pro golfers are a huge reason why recreational golfers are drawn to certain brands over others. Without endorsements, Tommy Armour has to make do with its reputation as a manufacturer of budget game improvement clubs.

Overall, while Tommy Armour might not enjoy the popularity of its peers, there’s absolutely no reason not to invest in the brand. The irons and drivers are of good quality and are perfect for those of you hoping to improve your game.

Are Tommy Armour Golf Clubs Made in China?

Tommy Armour Golf Clubs are not 100% made in the US. Like the majority of golf clubs available on the US market, many components of Tommy Armour golf clubs have been sourced from China and other Asian countries. The clubs are then assembled at Tommy Armour’s headquarters in Miamisburg, Ohio.

Golfers may also like:  Precise Golf Club Reviews (Are They Any Good?)

Rather, they are assembled in the United States and come with all of the quality assurances that you can expect from an American brand.

While you might think this sounds like a cop-out, it’s actually very commonplace in the golf industry for clubs to be manufactured this way.

Very few brands can claim to be all-American – PXG and PING being two of the most obvious examples – and they always come with a much higher price tag due to the higher labor and material costs in the US.

As such, we wouldn’t get too caught up in the fact that Tommy Armour clubs are in part manufactured in China, as it’s very common in the golf industry.

When you buy the clubs from Golf Galaxy or Dick’s Sporting Goods, you don’t need to worry about receiving equipment that is not up to scratch as far as quality is concerned!

What is the Current Range of Clubs and Where Can I Buy?

The current range of Tommy Armour clubs is the 845 series, and you can buy them from Golf Galaxy or Dick’s Sporting goods. The following table gives you an idea of the prices of the Tommy Armour 845 range, so you can prepare your budget for your new clubs:

As you can see, the Tommy Armour 845 range is available at a great price point, and you can put together a whole back for under $1,000. This is great when you consider the fact that some of the more prominent brands in the world of golf charge $1,000 just for a set of irons.

You might also come across Tommy Armour’s A1 series, particularly if you’re looking to buy your clubs second-hand. These have been popular for a while with recreational golfers, and the 845 range was only introduced in 2021.

No, Tommy Armour lived between 1896 and 1968. He was an extremely successful Scottish-American professional golfer, with three major championships under his belt. He won the US Open in 1927, the PGA Championship in 1930, and the Open Championship in 1931.

Born and raised in Edinburgh, Scotland, he retired in Florida, where he taught lessons at the Boca Raton Club. He also resided in New York City during the summer, where he was a member of Winged Foot Golf Club.

As well as the clubs that carry his name, Armour is known as the person who coined the term ‘the yips,’ which refers to the sudden and unexpected loss of skill that sportspeople experience from time to time.

In golf, the yips is associated with putting, and it can affect even the very best in the game!

Tommy was introduced into the World Golf Hall of Fame in 1976 and is regarded as one of the finest golfers of his age.

While not quite as successful as his peers in terms of major wins, he won 25 times on the PGA Tour and left behind an impressive sporting legacy. 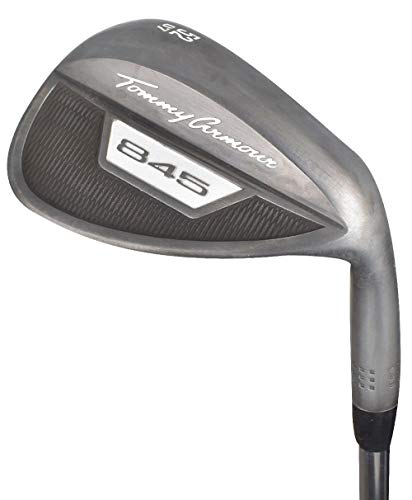 Tommy Armour 845 golf clubs are excellent for beginner golfers and mid-high handicappers. They are built to high specifications, and the irons are cavity-backed, making them forgiving and easier to hit more consistently.

The center of gravity in the 845 drivers, fairways, and hybrids is low, and the clubface is generous, making it easier to middle shots from the tee or the fairway.

The design of the 845 series ensures recreational golfers can hit much better shots, which is why Tommy Armour is regarded as a game improvement brand.

When you consider the quality of the clubs and the price they’re available for, we have absolutely no hesitation in recommending Tommy Armour clubs to recreational golfers.

While you might not see the 845 irons in every retailer, it’s definitely worth searching for them if you’re looking for a great set of clubs at a fraction of the price of other brands.

While the Tommy Armour brand might not jump out at you as a prominent name in golf, the clubs have been around since the 1970s and carry the name of one of the finest American golfers of all time.

Perfect for beginner golfers and mid-high handicappers, Tommy Armour irons, wedges, drivers, fairways, and hybrids are excellent game improvement clubs that are worth your consideration.

We have covered that these clubs are good and ideal for beginners, explained who currently makes them and even if they are made in America!

So, if you find yourself with a decision to make, there’s no doubt that choosing Tommy Armour clubs is a smart move from financial and game improvement perspectives.