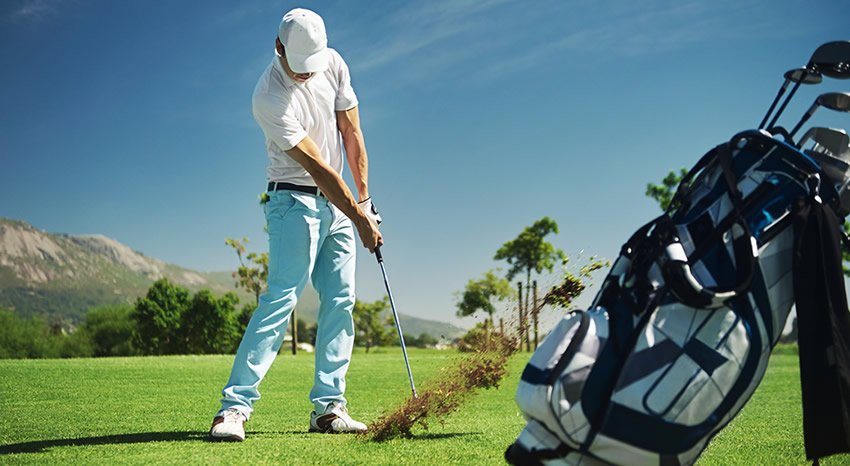 TaylorMade Golf, the company behind popular golf clubs like the R and M series, is one of the most well-known brands in the world.

But where are TaylorMade Golf Clubs Made? It’s a question that many people have asked themselves over time. And today, we’re going to answer it for you and also include some interesting facts about this iconic US golfing brand.

Are TaylorMade Clubs Made in China?

TaylorMade golf clubs are now made in China. The company relocated the production of their clubs to China in 2007 due to rising costs and to ensure the company remained competitive in the multi-billion dollar golf club industry.

After slashing the prices of their clubs in the mid-2000s, TaylorMade became one of the top-selling golf club brands in America.

However, with North Americas’ rising production costs and high wages for workers, it became increasingly difficult for the senior management team to find a competitive solution to keep manufacturing in the US.

The company is still headquartered in Carlsbad, California however, and employs over 1,000 people globally.

They are not the only major golf brand that has moved to China, in fact, most major golfing brands like Callaway Golf, Titleist, and Nike now all have their clubs made in mainland China.

This means the company is not publicly traded and does not have to disclose any financial details.

The second major stakeholder in TaylorMade, Adidas Group, has a 12% interest in the golf equipment manufacturing company.

Prior to that date, Adidas-Salomon Golf was an equal partner with 26%. Later that month they also purchased Salomon Sports’s 13% share in the company as well.

Since then, KPS Capital Partners increased its holdings by buying out other shareholders over time; it now owns 87%. The remaining shares are divided up among three private investors.

Update: In the Summer of 2021 there is a deal in place for TaylorMade to be sold to Korean private equity firm, Centroid Investment Partners with a reported asking price of between 1.7 and 2 million dollars.

TaylorMade was founded in 1979 by Gary Adams and since then has grown into one of the best and well-known golfing brands in the world – but what makes TaylorMade good?

The reason why TaylorMade is one of the best-golfing brands is that the company invests millions of dollars every year into research and development ensuring they stay ahead of rivals by producing some of the highest performing putters, wedges, irons, hybrids, and drivers in today’s market.

One of their most recent advancements is called Deep Dive which is patented technology aimed at improving irons.

Split into three main features called Aerodynamics, Forgiveness (MOI) and CG Projection, Deep Dive utilizes carbon technology that TaylorMade has invested in for over a decade.

Another reason why TaylorMade leads the way in golfing equipment is their experience and expertise.

One of the hallmarks of their work is how they understand golfers and what makes them tick.

They know that in order for someone to really enjoy a round on the links, all it takes are a few well-placed shots.

TaylorMade’s researchers spent years studying this notion before developing an innovative technology that increases shot distance by up to 30% while improving accuracy rates across the board.

So you can spend more time actually enjoying playing the golf course rather than dreading hitting bad shots.

Fake Clubs: How Do I Know if My TaylorMade is Real?

A big worry for golfers is ensuring that their golf clubs are authentic.

And while there are many ways to tell if a golf club is real, the best way to do it is by checking for an engraved serial number.

If you don’t see one on your TaylorMade clubs, they might not be genuine. Here are other ways to spot fake clubs:

As golfers, we don’t want to be deceived by counterfeiters, so it’s important we learn the telltale signs of a fake club.

They often cost less than half the price of RRP but feel like high-quality products because of their design quality and construction materials (for example, titanium).

Related Article  The Easiest Driver to Hit in 2021?

However, most people won’t know they spent their money on counterfeits until they try them out on the course.

They won’t perform as well, your drives will be shorter, and you’ll suffer from a lot of mis-hits including slices and hooks.

If you’re still unsure about whether your club is real, contact customer service at TaylorMade directly and they will help you verify its authenticity

What Pros Use TaylorMade?

Some of the best players on the PGA Tour are sponsored by TaylorMade.

This includes recent Player of the Year Dustin Johnson who uses a TaylorMade MAX driver that retails for around $399.

This excellent club features an offset to help launch his balls higher into the air while minimizing contact with obstacles in front of him (like trees).

It also includes Rory McIlroy, one of the highest-paid golfers on tour whose contract is worth up to $200 million dollars over five years. He currently plays using a TaylorMade M11 Driver.

In addition to their endorsement deals with top players, they are partnered with some of the most popular tournaments including The Masters.

Some of the highest-profile pros that use TaylorMade include:

As you can see TaylorMade is a brand you can trust and unfortunately, some golfers might be disappointed that their range of clubs is produced in China and not the US.

But on the other hand, it’s just a sign of the times where it’s cheaper to make top-quality clubs abroad.

As you can see by our WITB (What’s in the Bag) – the best golfers in the world are using TaylorMade clubs in competitive tournaments including the Majors.

A great brand made affordable to the average golfer!