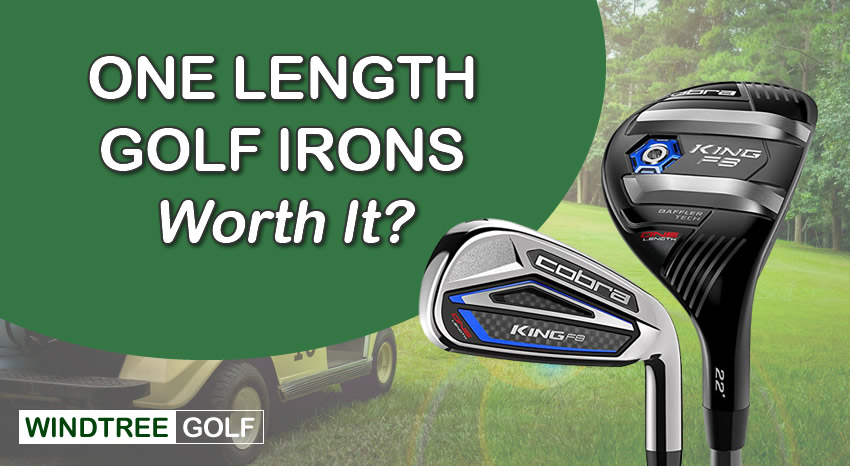 One length irons are very much a hot topic in the world of golf right now, thanks mainly to Bryson Dechambeau’s tinkering.

The American has won eight times on the PGA Tour using one-length golf clubs, fuelling the debate about whether switching to such clubs is a smart move for recreational golfers.

In this one length irons review breakdown, we take a look at these specialized irons in detail and help you decide whether switching to clubs that are all the same length will help you improve your golf game.

Are One-Length Irons Any Good?

In theory, one length irons help with club speed and the consistency of strike. The reason it’s worth trying these specialist clubs is that you can swing each club in the same way, meaning you don’t have to make adjustments when you take different clubs out of your bag.

If you can hit the ball consistently, then there’s definitely merit in changing to 1 length irons, as you don’t need to change your game up as much. 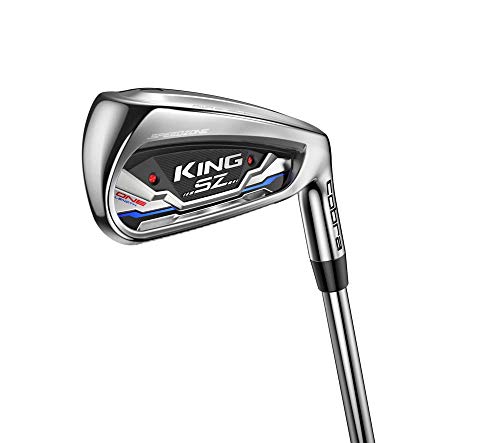 For instance, you don’t have to adjust your stance anywhere near as often, and you can play your entire round by following the same process. Whether this sounds good to you depends on various other factors, as we explore below.

What Manufacturers Make One Length Irons?

The best brand to turn to if you’re looking for one length irons is Cobra, thanks to the company’s partnership with Bryson Dechambeau. Bryson doesn’t just play Cobra; he is actively involved in the R&D process and influences the way that their clubs are made. 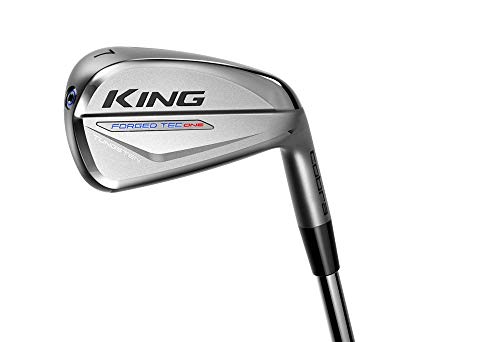 Another option is Sterling’s EQ1-NX single-length irons. Designed by Tom Wishon in 2013, these Sterling irons are built to a high spec and are USGA conforming. Although not as well-known as Cobra, they’re a decent alternative if you’re looking for something a little cheaper.
Golfers may also like:  5 Iron Distance Tips: Hit Harder and Longer!

You may also look to Pinhawk and Tommy Armour for one-length clubs, with the latter being the first brand to manufacture such irons in the eighties. While not every manufacturer is in the business of single-length clubs, their popularity is likely to increase in the years to come, given Bryson’s profile on Tour.

Do Any Pros Use One Length Irons?

American superstar Bryson Dechambeau is the most famous PGA player to use one-length irons. Known as “the Scientist,” Bryson is famous for his analytical approach to the game and has long used data and technology to his significant advantage when preparing clubs for his bag.

That being said, Bryson isn’t the first golfer to have experimented with one-length irons, with players as far back as Bobby Jones known to have shortened some of their long irons to try and improve consistency and ball trajectory. 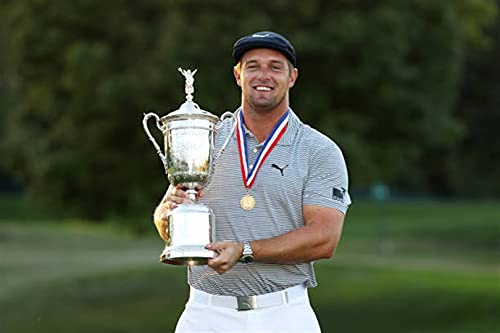 While other Tour professionals don’t necessarily use single-length irons, they undoubtedly have all of their golf clubs custom-made to suit their swing type.

This is something that many recreational players overlook, simply using off-the-shelf golf clubs that don’t necessarily fit.

The reason why Bryson gets such joy from using one-length irons is that they’re so well suited to his single-plane swing. The bottom line here is that you need to think about finding golf clubs to match your swing, so it’s only really a good idea to switch to one-length irons if you think they can benefit your game.

Do You Lose Distance with One Length Irons?

Most players find that the difference in distance between one length irons and standard irons is negligible and shouldn’t influence your decision a great deal. The overarching reason why you should switch to single-length irons is control rather than distance.

Although people are often concerned about losing distance when switching to one-length irons, this isn’t always the case. Granted, you might lose some yards with your longer irons, but you’re likely to increase the distance you can hit your shorter irons.

When you think about it, most golfers are comfortable playing their seven iron but struggle to make the necessary adjustments when playing a four or three iron.

Golfers may also like:  4 Iron Distance: Hit it Better and Longer!

Theoretically, if your four iron is the same length as your seven, you don’t need to make the same amount of adjustments to your setup.

So, while you might sacrifice 5-10 yards in distance, the benefits of switching to a one-length iron and exercising more control over your club greatly outweigh the negatives of losing a small amount of distance, at least in our opinion!

Beginner golfers and high-handicappers can certainly benefit from adjusting the length of their irons. This is because beginner golfers have not yet made the necessary adjustments to their setup when addressing the ball with different irons.

In other words, beginners and high handicappers often keep their stance the same, no matter the type of shot they’re hitting.

Therefore, switching to single-length irons won’t necessarily affect high handicappers as much as it will influence the setup of established players.

However, more accomplished golfers are likely to benefit from making the switch, too, as they have the required skill to execute more consistent shots, regardless of the iron that they’re holding in their hands.

This is why some of the best golfers in the game, Bryson being the best example – have switched to one-length irons.

The takeaway here is that golfers at all levels of the game can benefit from using one-length irons; it really just depends on how much you practice and how quickly you can adapt to your new clubs.

Does Bryson Dechambeau Still Use One Length Irons?

Yes, Bryson Dechambeau still uses one length irons. Bryson initially made the switch to single length irons to accommodate his one-plane swing. His theory was that if he could keep as many aspects of his setup and swing consistent, he would be less likely to hit errant shots.

After all, one of the biggest challenges that golfers face at all levels of the game is the swing variations that are required when you change from club to club.

By keeping everything the same, Bryson has been able to exert more control over his iron game, which has seen an upturn in his fortunes out on the course.

When Bryson won the 2016 DAP Championship, he became the first known player in modern times to win on the PGA Tour to win an event with one-length irons. Since then, the talented American has won seven more times on the PGA Tour, including one major – the 2020 US Open.

Given that he has enjoyed success since switching to one-length irons, it’s no surprise that Bryson still opts for them to this day. But as he is known as the Scientist, we shouldn’t be too surprised if he changes equipment sometime in the near future!

Did Bobby Jones Use Single-Length Irons?

Yes, in the 1930s, Bobby Jones used single-length irons. As the only player to win four majors in one year, Bobby Jones is regarded as one of the finest golfers of all time.

But in spite of Jones’ winning pedigree, he didn’t start a single-length iron trend, with Canadian Moe Norman being one of few golfers to follow suit.

Fast-forward to the 1970s, when Jack Nix of Albuquerque obtained a patent on the one-length concept, which he soon sold to Tommy Armour Golf.

By 1989, TA launched the first line of single-length clubs to appeal to recreational golfers, but the range was largely overlooked and never really took off.

Since then, we can only really turn to Bryson and Cobra if we’re to consider single-length irons in the present day, with one or two notable exceptions as introduced in one of the previous sections.

So, it’s accurate to say that 80-90 years before Bryson’s innovations with Cobra, Bobby Jones played and excelled with single-length irons on the PGA Tour.

Ready to Make the Switch to One Length Irons?

The popularity of one-length irons in the present day has been fuelled almost entirely by Bryson Dechambeau’s rise to prominence in the game. However, there’s no doubt that players at all levels of the game can benefit from one-length technology.

Providing you practice and are patient while you get used to one-length golf clubs, you’re likely to improve your ball striking consistency and are less likely to hit errant shots as a result – our one length irons reviews guide reinforces this fact.

Before you make the switch to one-length irons, we’d recommend having a few lessons with a pro and even going for a fit-out, as you want to make sure that doing so won’t completely ruin your game!