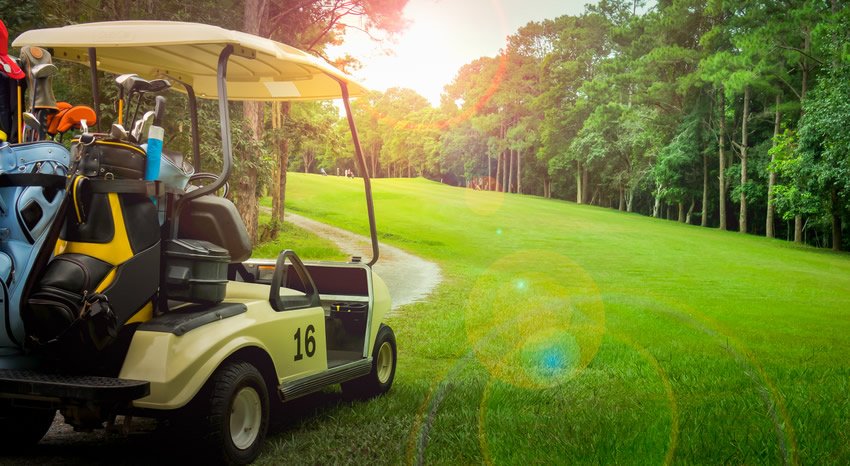 The Masters is one of the most prestigious golf tournaments in the world. It’s also a tournament that has been played since 1934 and continues to be popular among golfers today.

But how many players actually compete in this tournament and what do they have to do to qualify?

How Many Golfers Qualify for the Masters Every Year?

In terms of player numbers, the Masters is the smallest of the major championships with around 100 players starting in the first round. With no invitations or pre-qualifying tournaments in play, this invitation-only Major is quite unique and adds more exclusivity to the 4 days of scintillating golf on offer.

The best 50 golfers ranked by the Official World Golf Ranking System are all automatically invited and that leaves 50 invitations which are mainly used for past champions and promising young players.

Some players are also automatically qualified because they have won other major tournaments in the past.

These include the US Open, British Open, and PGA Championship winners.

Players who have already won the Masters in previous years are called “Tournament Champions” and they get a lifetime free invite every year to play at the famous course at Augusta National.

Can an Amateur Win the Masters?

It is perfectly possible for an amateur golfer to win the Master Golf tournament. But the reality is that it would be incredibly difficult for a non-professional player to adorn the green jacket.

In fact, in Masters history, there has never been an amateur winner of the tournament.

In 1956 an amateur player called Ken Venturi came closest when he lost on the final round by 1 stroke to Jack Burke, Junior.

One reason why amateurs struggle at Augusta is that the course is designed to punish players who miss the fairway.

In fact, Augusta National Golf Club was partly designed by Bobby Jones in 1932 and his goal with the course design was that it should be as difficult as possible and he succeeded!

Augusta National’s Course Rating is 78.1, placing it in the top ten most difficult courses in the United States.

How Many Players Make the Cut at the Masters?

For a player to make the cut at the Masters they must be tied or be better than the 50th best player after round 2.

It no longer considers those in the lead by ten strokes, a move that has made this tournament one of the most difficult in the world of golf.

Players still get paid if they miss the cut – it is currently set at $10,000 which is not much when you factor in the costs for a golfer which include hiring a caddy and living expenses for the duration of the tournament.

How Much Does It Cost to Play in the Master’s Tournament?

Players do not pay a direct entrance fee to play in the Master’s, there may be a small fee for the locker room but this is an invitational event run by Augusta National Golf Club and is part of the US PGA Tour and European Tour.

There are, of course, other expenses a golfer must pay when playing a major tournament and these include:

The cost of traveling is also a big factor when playing on a professional tour.

You can’t just drive to wherever you want whenever you want, for example, flying around the world is a major expense for any pro golfer.

When Was the First Master’s Played and Who Won?

Horton Smith won the tournament by shooting rounds of 70-72-70-72 to beat Craig Wood (71-74-69-71) by one stroke in what many consider to be one of the greatest final rounds ever at Augusta National Golf Club.

Smith, a native of Springfield, Missouri, started playing professional golf in 1926. He won the Oklahoma City Open in 1928 and a further eight tournaments in 1929.

Related Article  Is Golf a Boring Sport? - Read the Verdict!

Runner-up Wood became a professional in 1920 at the age of 18 after growing up in Lake Placid, New York.

Besides his two major titles, he is best remembered for being the recipient of Gene Sarazen’s renowned double eagle in the 1935 Augusta National Invitational.

Sarazen won a 36-hole playoff after the shot tied the two players at the end of the final round.

During these times, and thanks to the growing success of the game, professional golf was evolving and a restructuring program took place in this period.

Who Is the Youngest Player to Ever Compete and in the Masters?

The youngest ever play to at the Masters is Guan Tian Liang who at the age of 14 years, 5 months, and 17 days competed in the 2013 tournament where he finished in a credible 58 position, just missing the cut.

If you wondered who was the youngest ever player to WIN the Masters then you probably wouldn’t be surprised to learn that at the age of 21 years, 3 months, and 14 days Tiger Woods won his first green jacket in 1997.

He went on to win a further 4 Masters’ tournaments in a stunning career and many golfing fans consider him to be the best ever player in the history of the game.

Fun Fact: Can a 40-year-old Win the Masters?

Well if you’re as good as Jack Nicklaus then yes, you can win the Masters in your mid-40s. This is exactly what “The Golden Bear” did in 1986. Aged 46 years, 2 months, and 23 days he took first place and became the oldest ever Masters champion.

You can now know the facts about one of your favorite tournaments, The Masters.

Every April for two weeks in Augusta, Georgia (just outside of Atlanta), people from all over the world gather to watch golfers compete against each other on a course that was designed by Bobby Jones and Alister MacKenzie back in 1934.

In order to qualify for this prestigious tournament, players must be invited or qualified through their position on the Official World Golf Ranking List or via exemptions given based on past performance at previous editions of The Master’s Tournament.

It’s difficult enough just getting into this event; imagine how hard it is actually winning it?