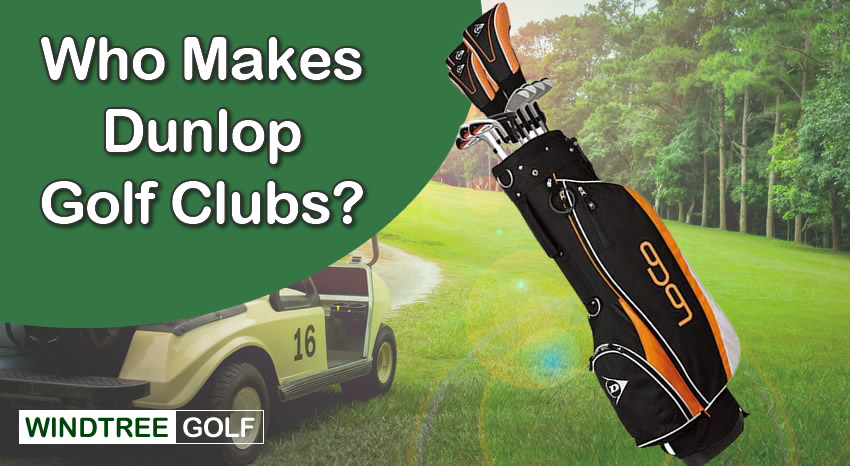 Although not always regarded as one of the top brands in golf, Dunlop has a long and proud history of producing a range of clubs, balls, and equipment. But after being usurped in the market by brands like TaylorMade, Cobra, and Callaway, you might be wondering who actually makes Dunlop golf clubs today?

Dunlop golf clubs are currently made by SRI Sports, a subsidiary of Japanese conglomerate Sumitomo Rubber Industries, which acquired the Dunlop brand in 2017.

As well as Dunlop, the Japanese group has acquired notable golfing brands such as XXIO, Srixon, and Cleveland, which is an impressive market share of some of the biggest golf clubs and ball producers in the world of golf.

This article delves into the Dunlop brand and answers many frequently asked questions about one of the oldest and, previously most trusted, brands in the golf industry.

When Did Dunlop Make Clubs?

Dunlop was founded way back in 1888 in Ireland when John Boyd Dunlop invented the world’s first pneumatic tire.

The company was responsible for pioneering the invention of the first-ever golf ball in England in 1909, and by 1930, Dunlop had produced its first domestic golf clubs.

As well as venturing into golf, Dunlop also manufactured tennis balls and equipment and has been a trusted brand in both sports throughout the past century.

From the 1930s to 1960s, Dunlop was one of (if not the) biggest brands in golf and a leading manufacturer of clubs, balls, and other essential golfing equipment.

However, more recently and as a result of several acquisitions by Sumitomo Rubber Industries, the Dunlop brand has receded in popularity somewhat and has been superseded by other SRI brands like Srixon, Cleveland, and XXIO.

While it’s still possible to purchase Dunlop loco golf clubs today, they are not as widely available as they once were, and you will find it much easier to buy clubs that carry one of Dunlop’s affiliate brands.

Is Dunlop a Good Brand for Golf Clubs?

Dunlop has long been a trusted manufacturer of golf clubs, and although they’re nowhere near as popular as many of the other major brands in golf club production, Dunlop clubs are still revered and considered ideal for beginners or occasional players of the game.

The loco series is Dunlop’s most popular golf club set today and is certainly a decent option for recreational players looking for a reasonably priced set of clubs.

Watch a video review of the loco club set from Dunlop:

It helps that Dunlop’s equipment is more affordable than some of the biggest names in golf, and their equipment has long been available in discount retail stores.

That being said, former British number one Lee Westwood signed a lucrative sponsorship deal with Dunlop back in 2016, which was a significant boost to the brand at the highest level of the game.

Are Slazenger and Dunlop the Same Company?

Dunlop purchased one of their biggest sporting rivals Slazenger in a deal in 1959.

The brand became known as Dunlop-Slazenger, although both logos continued to appear individually on a range of sporting apparel.

Today, both Dunlop and Slazenger fall under the control of Japanese company Sumitomo Rubber Industries.

In the UK, Dunlop and Slazenger were two of the most prominent brands of sporting goods giant Sports Direct, which has caused many British customers to consider the brands one and the same.

When SRI completed its acquisition of Dunlop in 2017, it also took ownership of Slazenger, which continues its reputation as a big brand in sports like tennis and cricket.

Is Srixon Part of Dunlop?

Srixon is another brand that falls under the Japanese conglomerate Sumitomo Rubber Industries. The name itself is actually taken from the first three initials of the company’s name (SRI), and ON was added to mean “onward”.

Just like Dunlop, Srixon’s clubs and balls are manufactured by Japanese company SRI, and it’s, therefore, accurate to regard them as sister companies under the same umbrella organization.

Golfers may also like:  Are Tommy Armour Clubs Good? (Who Makes Them?)

Srixon’s golfing range is much more prevalent than Dunlop’s, with their ZX drivers, hybrids, and irons proving extremely popular with professional and recreational golfers alike.

Some of the most high-profile pros on the tour play Srixon, including Hideki Matsuyama, Graeme McDowell, Shane Lowry, and Keegan Bradley.

Those who may have opted for Dunlop clubs and balls in the past are much more likely to play other SRI brands like Srixon in the present day.

Is XXIO a Dunlop Brand?

Yet another brand that falls under the control of SRI is XXIO and is another relative of Dunlop. XXIO clubs have become increasingly popular in recent times in both Asian and American markets.

Their ‘Eleven’ irons have been designed to make the game of golf easier for higher handicap golfers and have received positive reviews thanks to their usability and consistency. 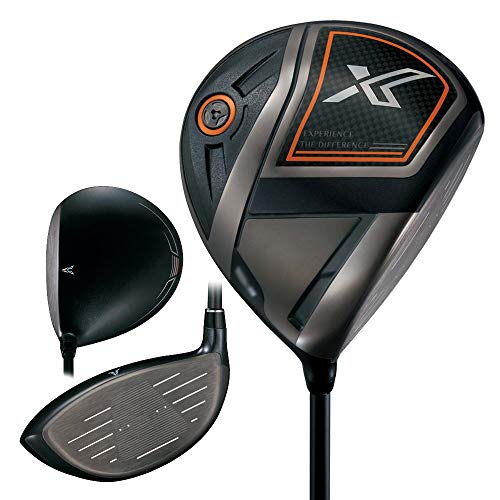 But while they’re undoubtedly a great option for recreational and good golfers, XXIO is a brand with a reputation for being expensive, which can be off-putting for occasional golfers.

But considering the fact that Dunlop clubs are not as widely available as they once were, XXIO has emerged as an SRI brand that offers a viable alternative to the trustworthiness and acclaim that Dunlop enjoyed with golfers in the past.

Old Dunlop Golf Clubs: Can You Still Buy Them?

There was a time not so long ago that Dunlop golf clubs were all the rage and were used by all of the top players on tour.

Nowadays, you will struggle to find many examples of high-profile players who use Dunlop golf clubs (Lee Westwood perhaps being the exception as already introduced).

Any golfer who would like to purchase Dunlop clubs today would need to opt for the loco range or clubs from some of the other brands under the stewardship of SRI, such as Srixon or XXIO.

But there’s no getting away from the fact that some of the old Dunlop clubs are classics and could even be described as vintage.

Vintage Dunlop clubs, like the Roberto de Vicenzo woods, and the Ed Furgol Scotland wedge, for instance, can be purchased on certain stores on eBay.

Golfers may also like:  Are Top Flite Golf Clubs Good? (Plus, What Happened?)

This eBay search reveals the availability of some classic Dunlop clubs, so there’s little doubt that you can add them to your bag if you want to impress your buddies!

Dunlop started producing golf balls in the UK back in 1909 and has a long and rich history of delivering decent quality golf balls. 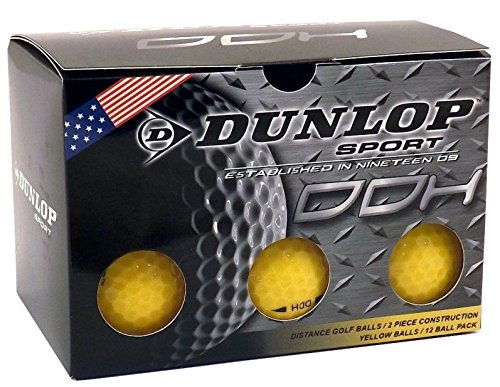 Dunlop currently manufactures a range of reasonably priced, high-performing golf balls that would be ideal for beginners. Dunlop balls include:

However, club golfers looking for a better ball for their money should opt for Srixon balls, the signature brand of SRI. Lots of pros on the PGA Tour play Srixon balls, with the Z-Star being the highest performing ball in their range.

There’s little point in spending hundreds of bucks on dozens of top-of-the-range Srixon balls, if you’re going to lose the vast majority of them in the rough or water of your local course.

Used balls and cheaper new balls, like some of those introduced in the Dunlop range above, would be a much better choice for recreational golfers.

Dunlop was one of the pioneers of both golf clubs and balls and had an impressive track record of providing equipment to the sport throughout the course of the past century.

But as a result of several high-profile acquisitions, Dunlop is now a subsidiary of Japanese conglomerate Sumitomo Rubber Industries.

Alongside other brands like Srixon, XXIO, and Cleveland, some Dunlop products continue to carry their brand, but they’re certainly not as popular and widespread as they once were.

Customers who are looking specifically for Dunlop golf-clubs would be better served looking at products from other SRI subsidiaries, as their range is much more comprehensive and tends to be of a higher quality.