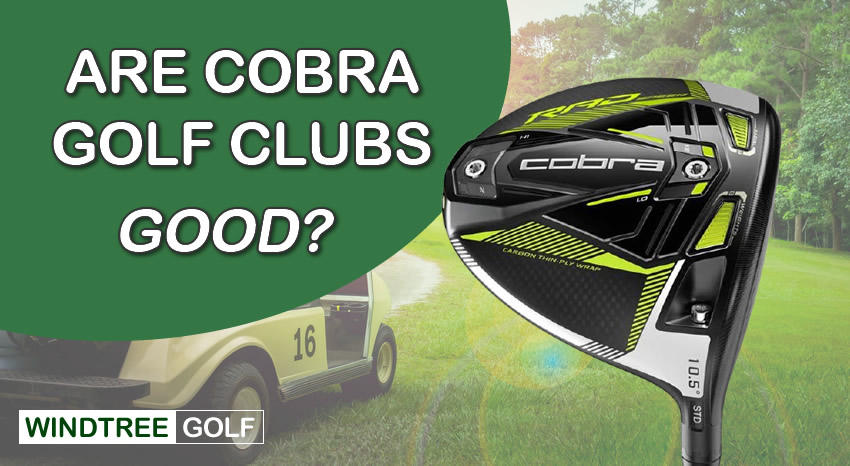 When you’re thinking of upgrading your golf bag, one of your first decisions is which brand to trust for your latest golf equipment.

And because there are so many different golf brands that produce top-quality equipment, it’s often difficult to settle on one brand over another.

In this article, we take a look at Cobra golf clubs in detail and explain why this Puma brand is favored by the likes of Rickie Fowler and Bryson DeChambeau. But for the average player, are these clubs worth buying?

But before we get to the pros, let’s look at whether or not average recreational golfers could benefit from using Cobra golf clubs.

For the Average Player, Are Cobra Golf Clubs Any Good?

Cobra drivers, fairway woods, and hybrids, in particular, are among the best brands of golf clubs you can buy in terms of performance and feel. They’re represented on tour by a slew of famous names but are enjoyed just as much by the average recreational golfer looking to improve their game.

To help you decide whether Cobra is the ideal brand for you, we answer some of the most important questions relating to the quality of Cobra golf clubs below. 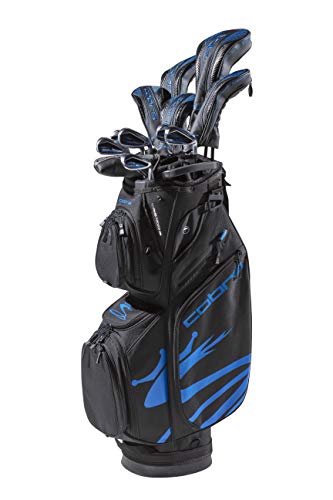 We also give you an idea of what to expect from this popular and widely sought-after brand of golf clubs.

Beginners can undoubtedly benefit from using Cobra golf clubs. In fact, Cobra manufactures several game improvement clubs that have been designed with the beginner golfer in mind and are available at an affordable price point.

For instance, the Cobra XL golf set is just perfect for beginner golfers and mid-high handicappers.

Coming as a complete set, included is a driver, fairway woods, and two hybrids with generous lofts, which are perfect for getting your ball in the air and on the right trajectory.

The cavity-backed irons within the Cobra XL set have been built with game improvement in mind and come with your choice of graphite or steel shaft, depending on the flex and feel you prefer.

Golfers may also like:  Robin Golf Clubs Reviews: (Are They Legit?)

You can buy the entire Cobra set – which includes a carry bag – directly from the company’s website for just $900, which is great value when you consider the fact that this entire set is available for the same price as a set of irons from other brands.

Which is Better – Cobra or Callaway?

There are actually lots of similarities between Cobra and Callaway, and both brands manufacture golf clubs that are ideal for the average recreational player, as well as PGA Tour professionals.

When it comes to irons, it’s fair to say that Callaway manufactures better clubs for low handicappers and professionals, while Cobra does a better job at producing game improvement irons that are more suited to mid-high handicappers and beginners. 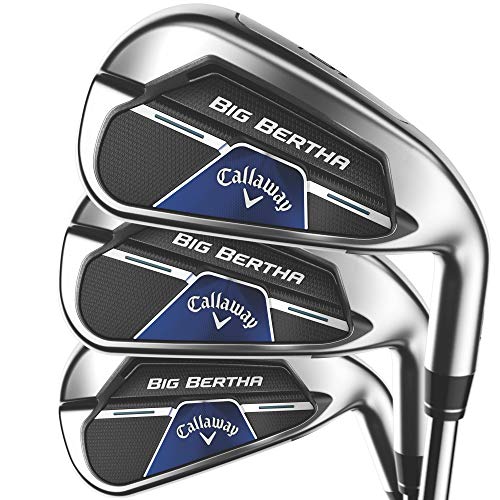 Perhaps the most important thing to recognize is that you’re going to get an excellent set of golf clubs whether you opt for Cobra or Callaway, as they’re both brands that have an excellent reputation for the build quality of their clubs.

Therefore, if you’re a mid-high handicapper, give the Cobra XL range a try, while if you’re a lower handicap golfer, consider trying out one of Callaway’s excellent iron sets, be it the Mavrik or Apex irons that are extremely hot right now.

How Are Cobra Clubs Rated?

No matter where you look, Cobra golf clubs are extremely highly rated. Among Cobra’s best-rated golf clubs are their King Tour irons with MIM technology, which were rated gold in the Golf Digest Hot List for last year.

The irons stand out due to the use of metal injection molding technology, which has been used to create the most precise and intricate shapes possible, and the result is Cobra’s softest feeling irons yet.

Other great options within the Cobra iron range include their King RADSPEED irons, which are best suited to players with faster clubhead speeds, as you might expect from the naming of the irons.

Ultimately, Cobra’s golf clubs are consistently rated as some of the best in the business, and you can be sure you’re getting golf clubs that have been built to an extremely high spec using the latest in golfing technology.

Golfers may also like:  Are Top Flite Golf Clubs Good? (Plus, What Happened?)

Cobra golf clubs aren’t any more expensive than comparable brands, including Callaway and TaylorMade, with their RADSPEED irons starting at $899 and their King Tour irons retailing at $1200. 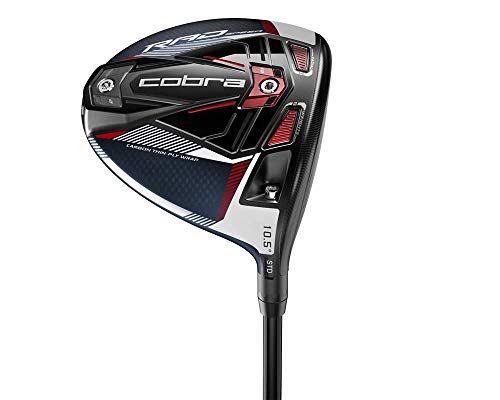 For a brand-new set of irons from one of the biggest brands in golf, this is what you can reasonably expect to pay.

This is for the latest releases by most of the biggest names in golf, although many brands retail their new equipment at a much higher price point than this (PXG, for instance!).

One thing that helps Cobra stand out from a price point is that they market a complete set of golf clubs, which has been designed with the beginner golfer in mind.

As mentioned, you can pick up a Cobra XL set which is a full set from driver to putter, with a bag included, for just $900.

From this perspective, you can see why Cobra is regarded as a brand that offers good value for money and a good option for beginner and mid-high handicap golfers who don’t want to empty the bank to buy the latest golf equipment.

Is Cobra Owned by Titleist?

No, Cobra is not owned by Titleist but is one of a number of companies that is a subsidiary of Puma. Cobra was established by former Australian amateur champion Thomas L. Crow in 1973 and has become one of the leading manufacturers of golf equipment in the decades since.

In 1996, the company was acquired by American Brands Inc. and was grouped together under the Acushnet Company umbrella.

Titleist and FootJoy are also branded under the same umbrella, which is why some people might think that Cobra and Titleist are linked in some way.

In 2010, Puma purchased Cobra and retains ownership of the company today.

Since the Puma acquisition, Cobra has developed several high-profile partnerships, including with the PGA Tour’s Honda Classic and with Flying Tee.

Do Any Pros Use Cobra Clubs?

Given the outstanding quality of Cobra golf clubs, it won’t surprise you to learn that several PGA Tour pros use Cobra equipment, with the biggest name being Bryson DeChambeau.

Bryson, also known as the Scientist, has his clubs custom built by Cobra, and he currently plays a Cobra Radspeed driver that has just five degrees of loft.

He caused controversy following the 2021 British Open when he said in a post-round interview that his driver ‘sucked,’ only to take it back later and apologize for saying the wrong thing in the heat of the moment. 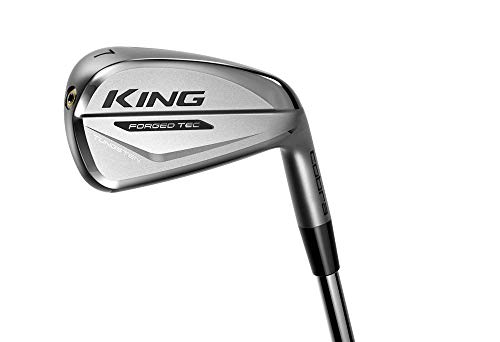 Other pros on the PGA Tour who use Cobra clubs include Rickie Fowler and Jason Dufner and Andrew ‘Beef’ Johnston.

While Cobra might not be played as widely as the likes of TaylorMade or Callaway, it’s still a super popular brand and one that is trusted by golfers at the very top of the game.

What Clubs Are a Good Alternative to Cobra?

If you’re a beginner looking for an alternative to Cobra’s XL package set, you might find that Wilson’s Ultra set is a viable option, and it’s also available at a cheaper price point.

While we think Cobra produces excellent clubs that are likely to improve your game, they might not be for everyone.

If you’re looking for alternatives to Cobra, then it really depends on what characteristics you want to see in your golf clubs.

In terms of individual clubs and iron sets, Cobra is comparable to Callaway in many respects, offering a decent selection of irons that are suitable to various players while covering lots of different bases when it comes to budget.

The biggest thing to remember when it comes to selecting a golf club brand is that personal feel and preference play a big part.

If you like Cobra’s drivers and fairway woods but prefer Callaway’s irons, then mix and match!

After all, you’re the one responsible for putting your bag together.

Cobra: Premium Golf Brand that Won’t Let You Down

Cobra is a popular brand in the world of golf and for all the right reasons. Their drivers, fairway woods, and hybrids are particularly good and offer excellent distance control from off the tee.

And as we’ve explored, Cobra’s iron game is also up there with the best in the business, so they tick the yes box to the question of “are Cobra golf clubs good?”, and they manufacture clubs that are suited to a broad range of golfers with varying swing types.

If you’re looking for golf clubs from a top brand that is trusted by some of the biggest names in golf, then you shouldn’t hesitate to add a brand-new set of Cobra irons to your bag.