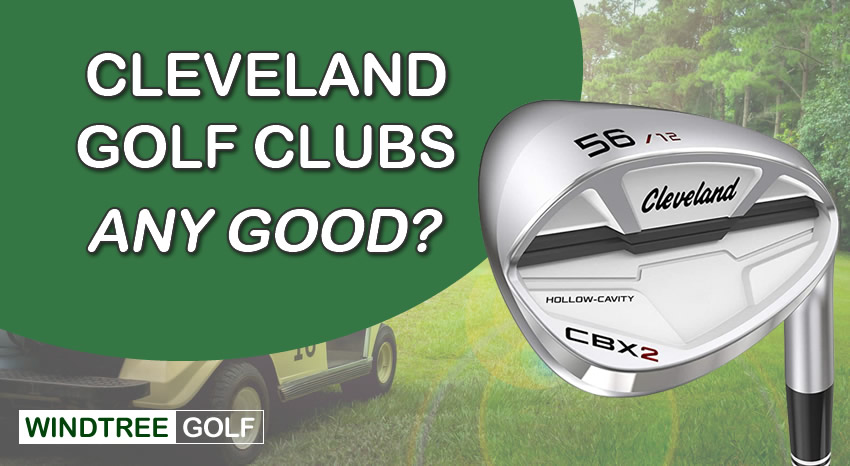 Although not quite as prominent as some of the golf brands out there, you’ve almost certainly heard of Cleveland Golf.

Endorsed by Vijay Singh for years in the nineties and noughts, Cleveland started in Huntington, California, in 1979 before becoming a mainstream golf brand trusted by the pros.

But are Cleveland golf clubs any good? Who are they best suited to? And what do you need to know about Cleveland’s range of clubs?

Overall, Are Cleveland Clubs Any Good?

Cleveland is a top golf brand known for producing some of the finest wedges in the game of golf. Cleveland’s tour-quality CBX wedge is loved by pros and recreational players alike and is one of their standout golf clubs.

As well as irons, Cleveland manufactures drivers, fairway woods, and irons, many of which are designed with the recreational golfer in mind. Overall, Cleveland is an excellent brand that has been around for decades and is well worth your consideration if you’re looking to add to your bag. 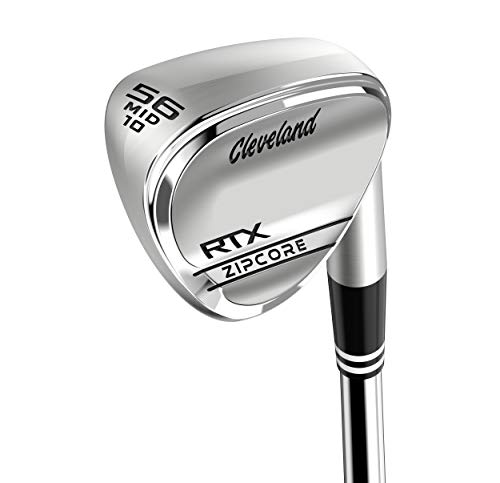 Is Cleveland Golf Owned by Callaway?

No, Cleveland Golf is owned by SRI Sports Limited, not Callaway. SRI is a subsidiary of Asian conglomerate Sumitomo Rubber Industries LTD, with brands including Dunlop, Falken, and Ohtsu under its name.

SRI Sports is the sporting division of the conglomerate, with an interest in both tennis and golf. SRI endorses many high-profile players in the professional game, including Hideki Matsuyama, Keegan Bradley, and Brooks Koepka.

Cleveland, under SRI, jas also had a long-standing endorsement with Vijay Singh.

The reason that some people think that Callaway owns Cleveland is that the company’s founder, Roger Cleveland, sold his shares before leaving to join Callaway in 1996.

Several legal battles commenced in the years that followed, so some people mistakenly think that the two brands are one and the same.

Cleveland Golf is often also confused with Srixon, as the same parent company owns both brands. As we explain a little later on, Srixon and Cleveland golf clubs work in tandem and are used by many of the same players on the PGA Tour.

Do Any Pros Use Cleveland Golf Clubs?

Cleveland is an extremely popular brand on the PGA Tour, with many high-profile players using their golf clubs. Currently, team Cleveland includes Ernie Els, Hideki Matsuyama, Brooks Koepka, and Shane Lowry, among others.

All of the tour pros who carry Cleveland in their bags use their wedges rather than the company’s drivers, hybrids, or fairways. The reason is that Cleveland wedges are designed with tour pros in mind and offer exceptional spin and distance control in and around the green.

Conversely, Cleveland’s drivers are much better suited to mid-high handicap players, with forgiving faces and graphite shafts that typically make it easier to hit the sweet spot nine times out of ten. 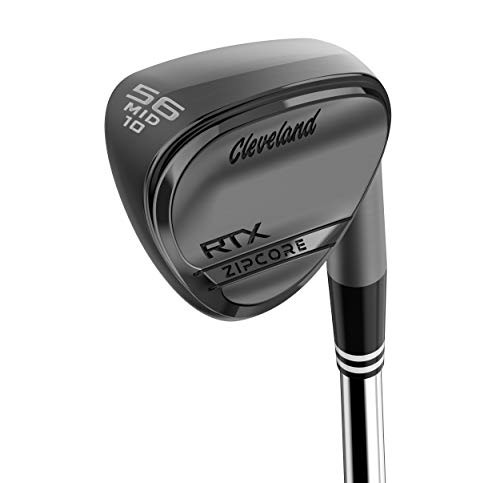 If pros were to switch to Cleveland clubs for their long game, they would lose some distance, which is understandably something they want to avoid!

But for beginner golfers who are just hoping to get the ball down there and hit it consistently straight off the tee, their game improvement clubs are a great investment.

Cleveland drivers, fairway woods, and hybrids are ideal choices for beginners. Taking their XL Lite Driver as an example, it has a huge head, which returns an impressive MOI. In simple terms, this makes it much easier to middle your drives, something that all beginner golfers can get on board with.

Another impressive feature of the XL Lite driver is that it has two flex zones, which direct more energy into the golf ball. The result? More clubhead and ball speed, which should help beginner golfers hit that little bit further from the tee. 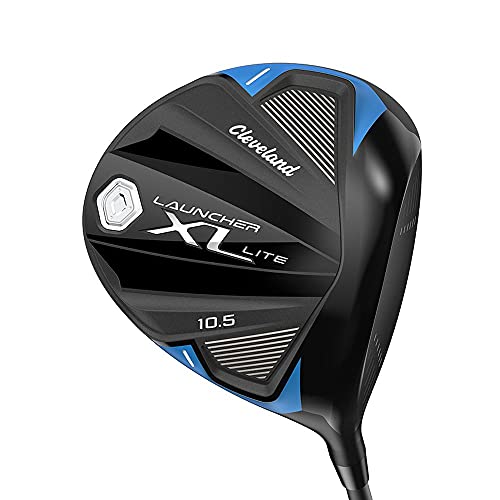 Perhaps one thing that might put beginner golfers off is the price point of Cleveland’s long clubs. The aforementioned XL Lite driver retails at $330, which isn’t far from the price you can pick up an entire beginner set from other brands.

Still, if you have the money available, there’s no reason why you shouldn’t opt for Cleveland drivers, fairways, or hybrids if you’re a beginner golfer. After all, the brand is known for its high-quality game improvement clubs.

Golfers may also like:  How Many Clubs in a Golf Bag? - The Rules!

Are Cleveland Golf Clubs Made in China?

Cleveland golf clubs are assembled at the company’s HQ in Huntington Beach, California, meaning they’re not made in China. However, it’s important to note that they’re “assembled” in the USA, meaning that the component parts are sourced from overseas.

When you consider the fact that Cleveland has a significant presence in Asia and represents some of the biggest players from the continent, it’s no surprise that many of the component parts of their golf clubs come from cheaper labor markets like China.

This is something that is commonplace in the golf industry, with only a handful of brands in the present-day able to say that their entire production process takes place on US soil.

Still, just because Cleveland golf clubs are not 100% manufactured in America, it doesn’t mean that you will receive sub-standard build quality. Cleveland clubs are renowned for their quality, regardless of where they’re made.

When Did Cleveland Stop Making Irons?

Cleveland stopped making irons in 2012. Their last tour-level irons were the 588 MB/CB lines before the company had a change of heart and focused solely on short game and game improvement clubs.

SRI, the company that owns Cleveland, also owns Srixon golf. As such, executives made the corporate decision that by 2014, Cleveland would focus on short game and game improvement clubs, while Srixon would continue developing clubs for tour-level players.

It’s for this reason that you only really see tour pros using Cleveland wedges, as opposed to drivers, hybrids, and fairways.

Equally, Srixon is a big brand on tour and is used by many players, including JB Holmes, Hideki Matsuyama, and Graeme McDowell.

As a beginner, we would advise you to stick to Cleveland over Srixon, as the clubs have been specifically designed to cater to the respective markets.

As far as wedges are concerned, Cleveland’s range is designed with the tour pro in mind, but they are still used by many recreational golfers.

What is Cleveland Golf Known For?

Cleveland Golf is known for producing tour-level wedges and excellent quality game improvement clubs for beginners and mid-high handicappers. Since starting in California in 1979, Cleveland has been at the pinnacle of the game and has been trusted by pros and recreational players alike.

Golfers may also like:  Who Makes Strata Golf Clubs? (Any Good?)

When you choose Cleveland golf clubs, you can be sure of excellent build quality and will see improvements in your game thanks to the forgiveness that their drivers, hybrids, and fairway woods are known for.

Thanks to various high-profile endorsements over the years, Cleveland has developed and maintained an excellent reputation among golf’s elite brands and is synonymous with the likes of Callaway, Taylor Made, and PING.

Ultimately, if you’re looking to improve your short game with a Cleveland wedge or keen to invest in some game improvement clubs, then you can buy in confidence.

Are Cleveland Drivers Any Good?

Cleveland drivers are an excellent option for beginner golfers and mid-high handicappers. We’ve already introduced the XL Lite driver, but another popular choice is Cleveland’s Launcher HB, which has enjoyed remarkable popularity with recreational golfers.

The manufacturers have lowered the center of gravity in the club and incorporated HiBore Crown Technology, which combines to accentuate the sweet spot and make it much easier to middle your drives from the tee.

While the Launcher isn’t renowned for spin control or extreme distance, it does fly high and straight off the tee, which is the benchmark for all recreational golfers!

So, although you won’t see Cleveland drivers used on the PGA Tour, they’re undoubtedly worth your consideration if you’re a recreational golfer. They form a key part of Cleveland’s game improvement range and are an excellent club to add to your bag.

The Verdict on Cleveland Golf

Cleveland Golf has been around since 1979 and is one of the most trusted brands in golf. Known primarily for their exceptional wedges that are used by Tour Pros, they have also forged their place in the game improvement niche within the golf industry.

So, if you’re a recreational golfer hoping to improve your short or long game, Cleveland has what you’re looking for. The bottom line is that these guys manufacture seriously good clubs, so you can buy with confidence and watch your golf game improve as a result.