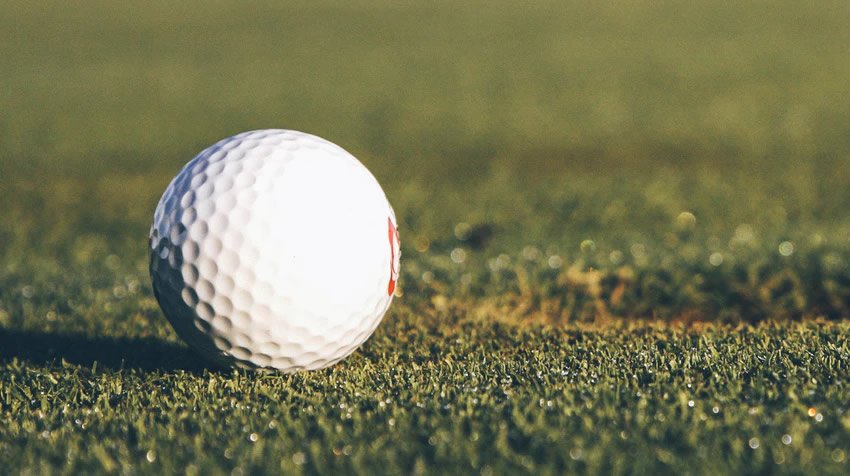 Where did Arm Lock come from? If you look back through the history of golf, you can find players tinkering with an arm lock putter concept but, this all really started in 2013 when the USGA and R&A announced an “anchor-ban” would be implemented.

Let’s take a closer look at armlock putters, the actual technique, and whether this style would fit your golf game.

What is the Arm Lock in Golf?

The Arm lock putting in golf is a legal, simple putting technique where the golfer rests the putter grip against the left forearm (for right handers) and strokes the ball.

A couple of additional rules to keep in mind
1. The putter grip cannot go above your elbow.
2. You cannot leverage your other hand (right hand) to hold the putter grip against your forearm.

The arm lock is a legal putting style because the governing bodies do not feel this creates a “stable anchor point”. At first, you may have to focus on keeping the grip against your forearm, but you will learn the stroke quickly.

How the Arm Lock Putter is Different?

There is more loft as well – when you have the grip against your forearm, it creates a natural forward-press, so the extra loft is required.

Golfers may also like:  Golf Scholarship Secrets - Tips for Success!

This does make it hard to try this putting style without a putter that is specifically designed to be used in this way. 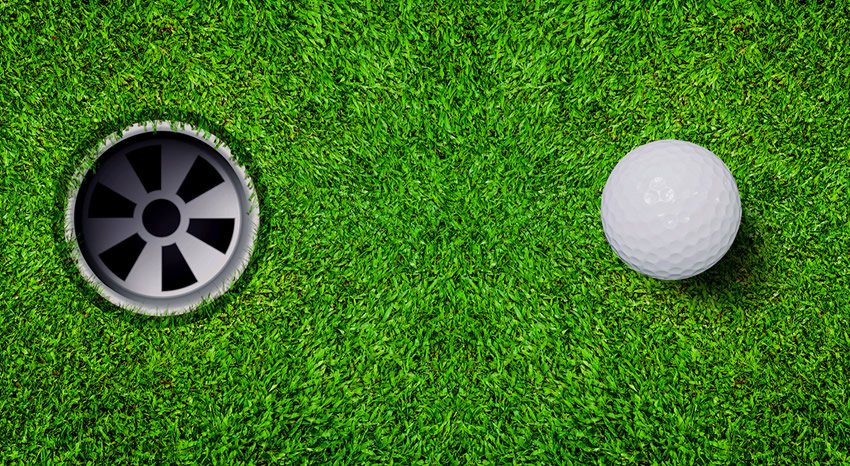 While golfers had been anchoring putters to their chins and chests for many years, the popularity of the “belly” putter pushed the governing bodies to make this decision.

This ruling meant you could no longer brace the putter against a part of your body to create a stable anchor point.

Many professional and amateur golfers were forced to develop a new way to putt.

Should they try to convert back to a conventional stroke? Should they continue to leverage a long putter, but not brace it against their body?

Armlock putting was truly born out of necessity.

Most players had moved to an anchor style (belly, chest, etc.) due to a handsy stroke and the armlock is a legal alternative that still provides many of the same benefits.

Have Professional Golfers Found Success with the Arm Lock?

Matt Kuchar is probably the most well-known user of an armlock putter and he was already tinkering with one before the “anchor-ban”, but many others have converted from belly putters to arm lock.

Bryson DeChambeau, Keegan Bradly, and Webb Simpson all went this route and have found success.

Simpson is the most interesting story – when the ban was announced, he went back to a conventional putter and experienced a significant drop in his performance, falling from 34th to 177th in strokes gained/putting (SGP).

He decided to try arm lock in 2017 and immediately moved back up to 88th in SGP, eventually climbing into the top 10. More recently, he won The Players Championship and Waste Management Phoenix Open with his arm lock putter in the bag.

Golfers may also like:  Golf Open Stance: The Benefits that Make it Work for You!

Is it Worth Investing in a New Armlock Putter?

Let’s look at the facts – many professionals have tried this style and found success.

Currently, 3 of the top 16 players in the world leverage arm lock putters and Matt Kuchar & Webb Simpson have already won in 2020 (DeChambeau got 2nd in the WGC-Mexico).

There is little doubt it can work but is an arm lock putter right for your game?

If you currently leverage a conventional putter and this is the strength of your game, there is no reason to make a change. You won’t gain anything from trying an arm lock putter.

On the other hand, if you lose strokes due to inconsistent short to medium-length putting, you may want to give it a go.

This technique will remove your hands/wrists from the stroke and give you a much more repeatable motion.

Even if you feel pretty good about your putting and you don’t want to make a change, an arm lock putter can be a great way to practice and groove your stroke.

Effectively, an arm lock putter is a good swing trainer for your short game.

If you used an arm lock putter to practice for 30 minutes before playing, it would make your conventional stroke smoother and less handsy.

Who Makes Arm Lock Putters and Where Can I Get One? 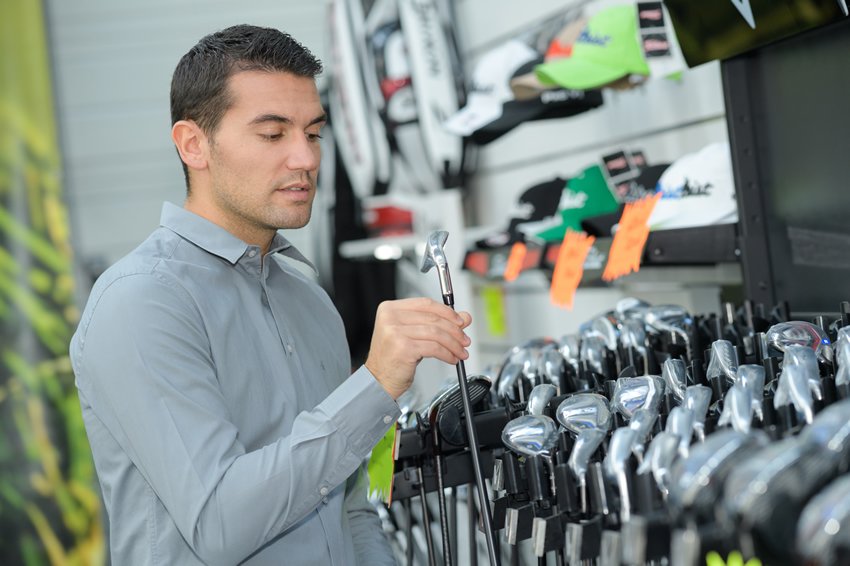 The good news, there are plenty of options, but they are not always easy to find.

Many golf stores don’t carry them, so you will most likely need to leverage an online retailer.

Your choice will be a mallet-style or a thick blade style.

If you watch them play, Kuchar has a thick blade and Webb typically trusts the mallet.

The mallet version of these putters produces a little more of a “pop”, while the blade tends to be softer/smoother.

Is it time to Arm Lock Your Greatness?

The arm lock putting style will not be for everyone but is a great alternative if you are struggling with your short-to-medium length putts.

It can reduce or eliminate the yips, but it will take time for you to get comfortable with it on the greens.

Even if you never truly trust it on the course, the arm lock putter can benefit your game as a practice tool. Get the hands out of your stroke and rock your shoulders – more putts will drop!