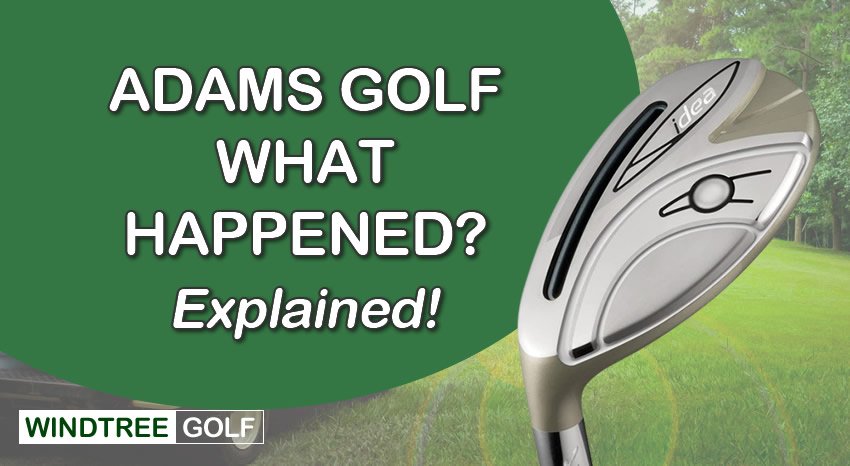 Not so long ago, Adams Golf was one of the biggest brands in the sport, with multiple elite-level endorsements and a fine collection of golf clubs.

Today, Adams Golf is a shadow of its former self. But why is this? What actually happened to Adams? And can you still buy Adams Golf clubs?

We answer all of these questions and more below as we take a look at what happened to the famous Adams Golf and understand the reasons why it is no longer as successful as it once was.

Who is Adams Golf?

Adams Golf is a long-standing American golf brand that manufactures golf clubs, accessories, and apparel. Founded by Barney Adams in 1991 and based out of Plano, Texas, Adams featured on the PGA Tour during the nineties and was also popular with recreational golfers. 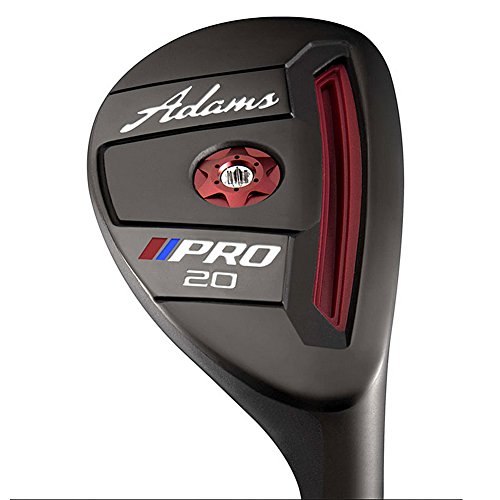 Today, Adams Golf is owned by TaylorMade and isn’t as popular as it once was. This often happens when brands are taken over, but you can still buy Adams Golf clubs and apparel from their online store, as well as at different retailers.

Because Adams is not as prominent as it once was, we take a deep dive into the brand in the sections that follow to help you decide whether Adams is a brand that you should consider if you’re looking for new golf equipment or apparel this season.

Is Adams Golf Still in Business?

Adams Golf is still in business, although it is now owned by TaylorMade. The company was founded by Barney Adams in 1991when he bought the assets of the bankrupt Preceptor Golf. He moved the company to Dallas and enjoyed success at all levels of the game.

In 1998, Adams was floated on Wall Street owing to its initial successes, and it continued its popularity at the turn of the century. However, by 2012, Barney Adams decided to sell the company, which led to its acquisition by TaylorMade.

Today, you can still buy Adams Tight Lies clubs online, but the brand is nowhere near as prominent as it once was. Since being taken over by TaylorMade, Adams has undoubtedly fallen by the wayside, and it hasn’t been able to keep up with the biggest brands in the game.

What Exactly Happened to Adams Golf?

When Adams Golf was taken over by TaylorMade in 2012, the future looked bright for the popular brand. After all, it had enjoyed success with Tour pros and recreational golfers alike, and Adams equipment and apparel boasted an excellent reputation.

However, following TaylorMade’s acquisition of the brand, Adams Golf went quiet, and they didn’t release any new clubs between 2015 and 2020.

We can only assume that TaylorMade had other priorities and wasn’t concerned with investing in the necessary R&D to release new Adams branded golf clubs.

This is a little surprising given how popular Adams Golf was with recreational golfers, but it sometimes happens when brands merge.

So, while you don’t have a great deal of choice when it comes to Adams Golf clubs today, you can buy TaylorMade clubs instead as they are manufactured by the same company.

Is Adams Golf Any Good?

Throughout the nineties, it would have been fair to say that Adams was one of the biggest and most successful brands in the golf industry. Adams boasted multiple impressive endorsements from Tour players and was also popular with recreational golfers. 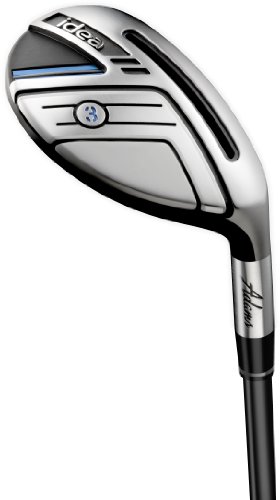 Adams has always been known for its fairway and rescue woods, and its Tight Lies range has long been regarded highly by those looking for game improvement clubs.

They have been nominated multiple times on the Golf Digest Hot List, which illustrates the fact that they’re worth considering.

When you consider that Adams Golf has been endorsed in the past by players including Tom Watson and Bernhard Langer, it’s hard not to be impressed!

So, even though you can’t equip your bag with an entire set of new Adams Golf clubs today, you can still pick up their impressive fairway woods and hybrids if you want to play Adams this season.

Is Adams Golf Owned by TaylorMade?

Yes, Adams Golf is owned by TaylorMade. TaylorMade acquired Adams in 2012 for around $70 million, and Herbert Hainer, the CEO of Adidas Group at the time, was instrumental in the purchase of Adams Golf.

TaylorMade itself was owned by Adidas at the time of the acquisition before KPS Capital Partners bought the brand in 2017. Today, TaylorMade is operated by Centroid Investment Partners and retains its place as one of the biggest brands in golf.

Four years before agreeing to buy Adams Golf, TaylorMade purchased the popular clothing brand Ashworth. Both acquisitions were evidence of TaylorMade trying to increase its market appeal, but it’s fair to say that both subsidiary brands have fallen by the wayside after the mergers.

As mentioned, you can only buy a small selection of golf clubs from Adams today, and it’s clear that TaylorMade has prioritized the production and marketing of its own branded clubs since the acquisition, as opposed to the growth of Adams Golf.

You can still buy Adams Golf Clubs, but your choice is somewhat limited. From the Adams online store, you can purchase their Right Lies fairway woods and hybrids. You can currently buy the Tight Lies 3 or 5 from the Adams store, and it’s available for both men and women.

While this certainly doesn’t represent a great deal of choice, Adams has prioritized working on its fairway clubs because of the reputation that the brand has enjoyed over the years for these clubs. They’re extremely forgiving and easy to hit, making them ideal for all golfers.

If you want to buy a full set of Adams Golf clubs, you will need to look on an online marketplace like eBay, Facebook, or Craigslist to find a set of used clubs that you can add to your bag.

While they’re not overly prominent today, you can still pick yourself up a bargain if you’re able to find a set of used Adams Golf clubs online.

Adams’ Tight Lies fairway woods are perfect for beginner golfers. The fairways boast extended face technology, which results in a face that is 14% larger than standard fairway woods. In other words, the sweet spot at the center of the club is bigger, providing you with more margin for error.

The clubs also feature a tri sole design, which guarantees versatility from any lie that you find yourself in.

Whether you’re in the short or shaggy stuff at the side of the fairway, you can execute your desired shot with the Adams Tight Lie fairway wood, thanks to its innovative tri sole design.

Adam’s Tight Lie fairways are also reasonably priced, starting at $149.99. This saves you from having to spend the big bucks when you’re looking for new equipment to add to your golf bag and undoubtedly represents excellent value for money.

So, if you’re a beginner golfer and are looking for a fairway wood that is easy to hit and affordably priced, there’s no reason not to go for Adams’ Tight Lies.

Do Any Tour Pros Use Adams?

Today, Adams doesn’t feature on the PGA Tour. However, during the nineties, they had several high-level endorsements, with players including Bernhard Langer and Tom Watson known to play Adams.

Watson is one of the most decorated players in the history of golf, with eight major championship wins to his name. Watson has won 39 times on the PGA Tour, which puts him in the top ten most successful American golfers of all time.

The fact that Adams was endorsed by Watson highlights just how prominent the brand was in the nineties. But since its acquisition by TaylorMade, Adams has undoubtedly fallen by the wayside and is nowhere near as popular as it once was.

Still, Adams has a rich and proud history, and the fact that it was played by some of the finest players in the sport is something that they can be immensely proud of.

In the not-so-distant past, Adams Golf was one of the biggest brands in golf. In fact, in the nineties, the likes of Tom Watson and Bernhard Langer played Adams, illustrating the heights that the brand was able to achieve.

However, since the 2012 acquisition by TaylorMade, Adams has fallen by the wayside. You can now only buy a small selection of fairway woods from Adams online instead of a full selection of clubs.

Still, the brand can be proud of its legacy, and there’s no doubt that at one time, Adams was one of the most popular brands in the entire sport.